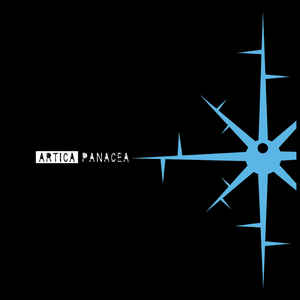 Background/Info: Italian act Artica was set up in the late 80s and was mainly active during the 90s. they got some recognition at the wider fields of new-wave music. After some changes in the line-up and a few breaks the band is back on track unleashing their first new studio album since “Plastic Terror” (released in 2006 on Decadence Records).

Content: The influences and main ideas clearly remain the same as the old-ones. Artica still belongs to this number of devoted new-wave and gothic artists evoking some good-old souvenirs. “Panacea” brings the magic of the 80s alive and I more than once get the feeling of hearing an imaginary jam session between The Mission, The Cure and New Model Army. The guitar playing is quite important, but I also noticed electronic arrangements achieving most of the tracks. Singer Alberto Casti has the right timbre of voice for this kind of music.

+ + + : “Panacea” clearly reflects the experience and maturity of this formation. The tracks are perfectly crafted and accomplished with this sweet melancholic breeze. The elevating guitar parts are one of the main strengths creating a nice balance with the electronic treatments like the piano-like arrangements.

– – – : I like most of the songs and yet I have the impression Artica could have done better. The songs are somewhat monotonous because they’re missing this essential climax you often can hear during the chorus.

Conclusion: “Panacea” stands for the resurrection of Artica. It’s an interesting opus and yet I’m convinced there’s more potential hiding inside this album then what came out of it!

Since you’re here … … we have a small favour to ask. More people are reading Side-Line Magazine than ever but advertising revenues across the media are falling fast. And unlike many news organisations, we haven’t put up a paywall – we want to keep our journalism as open as we can. So you can see why we need to ask for your help. Side-Line’s independent journalism takes a lot of time, money and hard work to produce. But we do it because we want to push the artists we like and who are equally fighting to survive. If everyone who reads our reporting, who likes it, helps fund it, our future would be much more secure. For as little as 5 US$, you can support Side-Line Magazine – and it only takes a minute. Thank you. The donations are safely powered by Paypal.
Tags: Artica