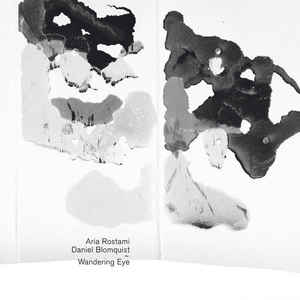 Background/Info: “Wandering Eye” resulted from the common efforts and creativity of 2 artists. Daniel Blomquist got involved in projects like 15 Degrees Below Zero and Imperial Floral Assault Unit while Aria Rostami is maybe less known, but has already been active for a couple of years in a kind of abstract underground scene. It took them more or less one year to accomplish this work.

Content: This album is not exactly what I would call a sonic enigma, but the experimental approach is one of the most noticeable elements. There clearly is a fascination for different kind of noise sources and the manipulation of sounds. These artists are a kind of sonic repairmen or maybe just adepts of a lost anti-music genre. One thing is for sure, the album is pretty abstract-like, but still musicical.

You might call it ambient and/or soundscape-minded, but there are different evasive passages, which have been mixed with a wide canvas of noises and field recordings. The work has been refined with some rare but artistic neo-classic elements.

+ + + : Abstract- and experimental music both aren’t exactly the most accessible music formats, but Aria Rostami & Daniel Blomquist made it quite accessible. The ambient touch hanging over the song creates some exciting abyssal sound waves filled with mystery, but still a relaxing and more evasive feeling.

– – – : I’ve heard a few neo-classic elements and I seriously regret there are no more similar treatments running through this work. It would have created a great balance with the experimental side of the work.

Conclusion: “Wandering Eye” feels like visiting a cabaret of rarities where the objects have been replaced by sounds and noises.