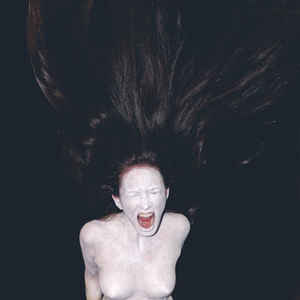 Background/Info: Ari Mason is an American female artist who officially debuted on Danse Macabre in 2014 with the “Neuropathy”-album. It’s not exactly an album that I’ve kept in mind so “Creatures” released on Negative Gain Productions is a kind of new start.

Content: “Creatures” is first of all dominated by a beautiful voice, which sounds fragile, intense and sometimes a bit sensual. This timbre of voice totally matches with the wafting sensation you’ll get when discovering the music. Ari Mason is into a kind of pop music she has reinvented through the addition of fragile and evasive atmospheres. The work is pretty delicate and filled with subtle arrangements.

The fragile aspect of the work emerges from the multiple little bleeps, but also from a kind of ballad-impression. The songs are rather short, but they rapidly bring you into a state of elevation and prosperity. I however can’t say that this is a kind of ‘new-age’ pop music. A few cuts are more danceable and carried by a harder kick. There also is a darker flavor hanging over the work, which seems to express sorrow and despair.

+ + + : Ari Mason has accomplished a sensitive and artistic work, which is characterized by her beautiful vocals, which are sometimes reminding me of Elizabeth Fraser. This album is a beautiful travel throughout melancholic, but divine and evasive electronics. The final track (cf. “Ritual”) is something really special as it’s filled with mysterious Eastern atmospheres reminding me of Dead Can Dance, but transposed into a visionary pop dimension.

– – – : It’s not that easy to define the sound of this artist. It might be labeled as a free-pop interpretation, but it’s not exactly the kind of music you’ll instantly dance, it’s a style you would rather listen to. I regret that most of the songs are pretty short.

Conclusion: Ari Mason sounds like a distant star, which is shining over a dark planet. “Creatures” is a beautiful album reflecting a darker and tormented inner world.