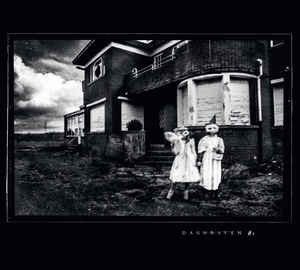 Background/Info: Behind Daghraven is hiding Belgian artist Kevin Imbrechts who you might know from his Illuminine project. Daghraven is meant to be the dark and ambient exposure of the artist’s creative brain while “#1” is the debut album featuring 8 tracks.

Content: From the very first notes until the final sound, Daghraven clearly moves throughout the darkest corners of a sonic soundscape. This is a pure dark-ambient production characterized by obscure humming sound atmospheres and this typical vision of nihilism. Every single part is meant to keep you imprisoned in an imaginary cold and wet cellar.

“#1” has been made by monstrous sound treatments, and als0 features a few surprising neo-classic passages. That’s probably the single link with Illuminine. There also is noticeable progression throughout the tracks, which often lead to heavy, vibrating sound waves.

The titles of the tracks are quite particular as they are all in Dutch and clearly evoking dark themes.

+ + + : No doubt about it, this is a remarkable and fully accomplished debut album. This is an exciting dark-ambient work dominated by impressive, heavy sound treatments and freaky vibrations. The few neo-classic passages like an intermezzo with piano adds a very personal touch.

– – – : Daghraven sounds like a cool project although doesn’t really deliver anything new to the dark-ambient genre where too many bands are repeating each other.

Conclusion: We’re not that used to hearing new and talented dark-ambient formations in Belgium, but Daghraven reveals a potential to keep the sun behind the horizon and embrace the eternal darkness.