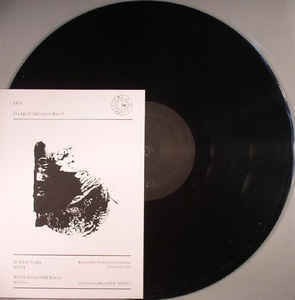 Background/Info: ANFS is a Greek producer who has already released a few EP’s. This new release has been released on the UK based label Inner Surface Music and features 3 tracks plus 1 remix.

Content: There’s a small sonic bridge between techno and industrial music and that’s what ANFS confirms from start on. The repetitive loops moves towards a crescendo reaching a climax when buzzing horn sounds join in.

Even if the work is somewhat repetitive it also is sophisticated and sometimes reminds me of Orphx. It’s a kind wazoo of dark-techno format accomplished with industrial elements which always moves towards a real apotheosis.

There also is a very noticeable remix by Berliner producer Honzo, which still sounds pretty dark and a bit visionary like when it comes to techno music.

+ + + : More and more producers confirm that the ‘usual’ techno productions are just for fashion trend lovers. ANFS mixes techno- and industrial music, which sounds dark and totally underground-like. “Blood Trophy” and “VPA” both are outstanding pieces of music that will make you dance.

– – – : The A-side sounds absolutely great while the B-side features a cool remix, but the remix between both sides is really noticeable.

Conclusion: “The Age Of Ephemeral Man” features a great sonic intercourse between techno- and industrial music. It’s an open-minded production appealing for a wider audience of dance freaks.

Since you’re here … … we have a small favour to ask. More people are reading Side-Line Magazine than ever but advertising revenues across the media are falling fast. And unlike many news organisations, we haven’t put up a paywall – we want to keep our journalism as open as we can. So you can see why we need to ask for your help. Side-Line’s independent journalism takes a lot of time, money and hard work to produce. But we do it because we want to push the artists we like and who are equally fighting to survive. If everyone who reads our reporting, who likes it, helps fund it, our future would be much more secure. For as little as 5 US$, you can support Side-Line Magazine – and it only takes a minute. Thank you. The donations are safely powered by Paypal.
Tags: ANFS, Orphx