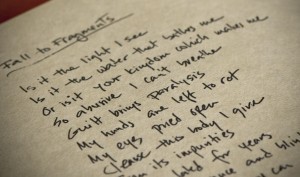 Android Lust’s Shikhee is kickstarting her newest album “Berlin (Crater Vol 2)”. Says Shikhee: “Since v.1 came out (…) I needed something new to inspire me. I’ve been experimenting with location recording for a while, and it’s something I’ve wanted to delve deeper into. But it wasn’t until I was in Nepal earlier this year and recorded a group of monks chanting in Nagarkot that the idea really hit me — I needed to combine the experience of discovering new places, capturing sonic snapshots of that place and time, and base the record around that! So now I want to go to a city that has become the center of my musical focus, Berlin.”

Basically Shikhee wants to walk the streets of Berlin with a portable recorder and soak up the ambient sounds including placing contact mics on surfaces of historic structures and pick up their resonance.