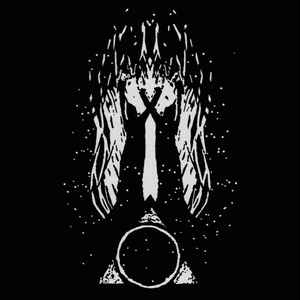 Background/Info: Altarmang is a music project set up by Pär Boström (Kammarheit, Cities Last Broadcast ao) and Kenneth Hansson. This debut work was originally released on cassette format in 2016 and on Hypnagoga Records. “Void” has been next released in 2017 as a vinyl on Autarkeia and CD on Cyclic Law. The CD version features both original cuts plus 2 extras.

Content: “Void” is a dark-ambient exposure with some extra experimental treatments on top. It’s a new experience in darkness and isolation revealing spooky sound waves and frightening tones getting the listener into fear. The music sounds pretty stormy, this way accentuating the tormenting atmosphere hanging over this album.

Both extra cuts are a bit shorter, but especially “Salamander” is a poignant piece carried by an oppressive sound atmosphere.

+ + + : “Void” features all requested ingredients to create a successful and terrific dark-ambient opus. It’s sometimes monotonous, but frightening. It especially creates this desperate feeling reminding me of great records from the Cold Meat Industry era. Both original songs of the album are cool, but especially the ‘new’ cut “Salamander” is great piece of music with a divine climax. So this extra cut is really worthy of examination and a bonus for the CD version.

– – – : “Salamander” reaches a great climax, but the next (new) cut is totally different and not exactly a track I would recommend to discover this band.

Conclusion: Altarmang reflects this desperate feeling of solitude, accentuated by the impression of an endless Winter season. This is a cool release although I prefer other projects from Pär Boström.