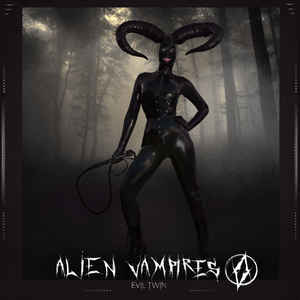 Background/Info: Next to the new EP “Fuck The Revolution Bring On The Apocalypse” comes this ‘twins’ EP, which reveals three similar new songs (including the one together with Chainreactor) plus the original version of another new cut “Fuck Borders”. The EP is completed by the usual load of remixes.

Content: The original version of “Ready To Die” reveals a new danceable assault, but this track has something future-pop like, which is quite surprising for the violent approach of this band.

+ + + : The real new song is one of the most surprising pieces ever composed by Alien Vampires. It however is a cool, danceable club-track. Among the remixes I recommend the one by Biomechanimal (an interesting band to discover) of “Ready To Die”.

– – – : The idea of releasing these ‘twins’-EP’s is interesting and original, but in the end it’s just getting the same new songs featured on both EP’s with some different remixes as a little extra.

Conclusion: This EP is mainly interesting for the original version of one song, which wasn’t featured on the previous EP. The good thing is that both EP’s together reveal Alien Vampires in good shape and preparing a new, solid full length.