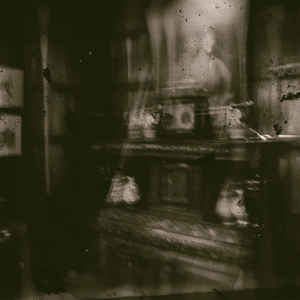 Content: “Lucid Intrusion” will appeal for lovers of real dark-ambient music. Low, vibrating sound waves are rapidly leading the listener into an imaginary world we he’ll get the impression to get lost in obscure corridors. Resonating sound treatments can be heard in the background while creepy field recordings accentuate the feeling of angst. The tracks have been progressively built up till reaching a truly climax in a place we can call ‘horror zone’.

+ + + : Ajna definitely is a project that had to join the Cyclic Law roster. It’s for sure a consecration for the New-Yorker artist. “Lucid Intrusion” is a great work with a strong visual appeal leading the listener into a possible paranoia. It’s a tormenting experience caused by the deep, resonating sound treatments and other buzzing sound waves. The tracks have been fully accomplished with multiple little noises and other field recordings, which you better can discover by using headphones.

– – – : There’s not that much diversity between the tracks. It rapidly starts to sound a bit similar, but as a truly dark-ambient lover you’ll not hear me to complain.

Conclusion: Ajna has already been active for a couple of years now, but Chris F. still has to find a real recognition for his work. No doubt about it this new opus will certainly help him conquer new souls.

Since you’re here … … we have a small favour to ask. More people are reading Side-Line Magazine than ever but advertising revenues across the media are falling fast. And unlike many news organisations, we haven’t put up a paywall – we want to keep our journalism as open as we can. So you can see why we need to ask for your help. Side-Line’s independent journalism takes a lot of time, money and hard work to produce. But we do it because we want to push the artists we like and who are equally fighting to survive. If everyone who reads our reporting, who likes it, helps fund it, our future would be much more secure. For as little as 5 US$, you can support Side-Line Magazine – and it only takes a minute. Thank you. The donations are safely powered by Paypal.
Tags: Ajna