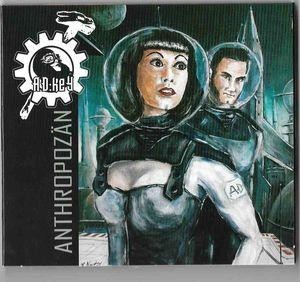 Most of the songs have been sung in German, but a few tracks are featuring English vocals. The most surprising song probably is the cover version of Depeche Mode’s “Stripped”. I can imagine this song will get more of a response during live shows than on disc.

There are 5 remixes at the end of the album, which were made by Leather Strip, Serpents, Plastic Experience, MRDTC and Rector Scanner (side-project of Rene Nowotny).

+ + + : “Anthropozän” is a well-crafted and fully accomplished production featuring several potential hits. It also is the best AD:Key album to date.

– – – : I can’t find any significant negative point on this album!

Conclusion: I’m not saying that AD:Key is reinventing EBM, but they clearly compose one of the finest and most elaborate body formats I’ve heard in the past years.