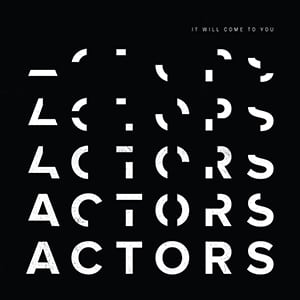 Debut full-length cd of this Vancouver (Canada) based quartet which already released their first single in 2012. Singer Jason Corbett wrote, produced, mixed and mastered all music at his own Jacknife Sound studio.

Content: Highlights of this album: “Hit To The Head” and “Bury Me” were both previously released as a single. “Hit To The Head” is for sure the most catchy song on this gloomy album while “Bury Me” is more uptempo, driven on a great bassline. On “Slaves” you can hear the Bowie-like voice of Jason coming through, which was especially the case on earlier releases. “Crosses” is a downtempo emotional, melancholic and very atmospheric song that consists of only 1 repeated riff and a dramatic screaming voice. Jason’s voice combined with the synths on “Crystal” reminded me a bit on MGMT. The way of singing on “Let It Grow” is very mesmerizing and reminded me a bit on The Beatles.

+ + + : If you are into Joy Division, The Sisters Of Mercy, David Bowie, The Cure and Bauhaus you should check out this band! Singer Jason knows how to reach many heights and lows with his voice. All songs are full of amazing basslines, catchy raw guitar-hooks, danceable beats and modern synths.

– – – : Some earlier released singles like “How Deep Is The Hole”, “It Goes Away”, “Post Traumatic Love” and “XYX” are really missing on this first full album.

Conclusion: Just like other acts Then Comes Silence, VOWWS and The Soft Moon, ACTORS belong to the new leading generation of “post-post-punk” bands. The awesome music combined with the charisma of frontman Jason Corbett make this album definitely one of the best releases of 2018!