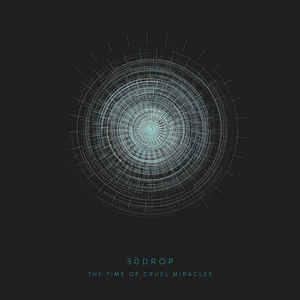 Background/Info: Hailing from Barcelona this project has only been active for a few couple of years while the artist was already involved as DJ since the 90s. This album is also available on vinyl format (3LP).

Content: 30Drop seems to be inspired by the Detroit scene. The techno music this project produces is quite recognizable although not the kind of easy and cheap techno music. The tracks have been composed with icy sequences and spooky atmospheres. The repetitive format of the sequences is more familiar, but the hard, carrying kicks will quickly lead you to dance!

The second disc features 4 remixes, which reveal a different approach, but especially accentuate the ambient aspect of the project.

+ + + : 30Drop sounds to me as being part of the avant-garde techno scene. This is the kind of dance stuff that can be mixed during an industrial DJ-set. The icy passages and hard, danceable kicks are in perfect harmony and even a bit transcendental during a few passages. This is what I would call ‘raw’ techno and that’s why it will appeal to a wider audience than only techno freaks. I discovered a few cool cuts and remixes as well.

– – – : If you have something against techno music and even if this artist has something ‘different’ you will not like it! I would have liked an even rawer and colder approach, kind of dark-techno style.

Conclusion: I don’t often review ‘pure’ techno releases, but only when I think the production has something different from the rest and that’s precisely what I felt when listening to 30Drops.