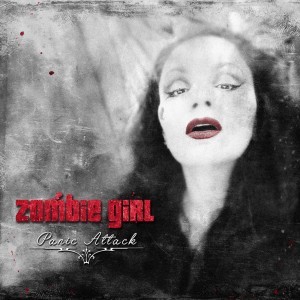 The EP holds 6 tracks including “Panic Attack” and the B-side “Dead Inside”. The title song got a club remix by famous UK DJ Simon Carter, Australian label mates Avarice In Audio and Acylum while the B-side “Dead Inside” is available in remixed versions by Aesthetische and Cardinal Noire. Presumably the original will be added on the upcoming album. Speaking of which, the upcoming “Killer Queen” album will be released this September.

You can listen to 3 tracks already, and download them instantly when getting the EP from Bandcamp. The official release is set for this Friday!

Since you’re here … … we have a small favour to ask. More people are reading Side-Line Magazine than ever but advertising revenues across the media are falling fast. And unlike many news organisations, we haven’t put up a paywall – we want to keep our journalism as open as we can. So you can see why we need to ask for your help. Side-Line’s independent journalism takes a lot of time, money and hard work to produce. But we do it because we want to push the artists we like and who are equally fighting to survive. If everyone who reads our reporting, who likes it, helps fund it, our future would be much more secure. For as little as 5 US$, you can support Side-Line Magazine – and it only takes a minute. Thank you. The donations are safely powered by Paypal.
Tags: Zombie Girl