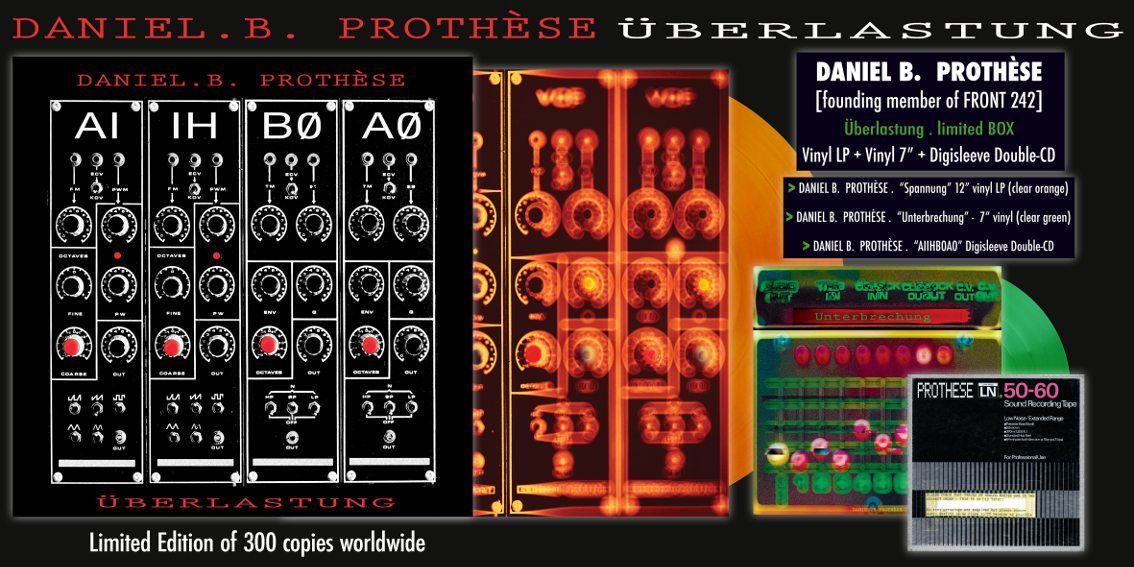 We already informed you a few days ago that the pre-Front 242 project Underviewer was back alive (and there is more news on this duo coming up too), but today – a little earlier than the Alfa Matrix label had expected – the news broke that Daniel B. Prothèse is to release a massive vinyl sized boxset, “Überlastung”, including a 12” Vinyl, a 7” Vinyl and a double-CD.

The boxset is strictly limited to 300 copies worldwide (and that’s what one call really limited). The 2 vinyls included are “Spannung” (clear orange colour 12”) and “Unterbrechung” (clear green colour 7”). Both vinyls feature exclusive material. Next to that there is also a standalone 2CD being released (without the vinyls that is).

What can you expect soundwise ? 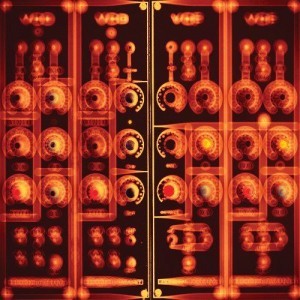 “The project started as noise for personal pleasure”, Daniel B. says. This release is a collection of tracks shaped and mixed between approximately 1995 and 2010. The recording process was one of voluntary limits, no use of midi, only analogue (some really old) sound generating equipment and sequencer, no more than 8 recorded tracks… and a few digitally mistreated drum sounds were also used, that’s all!” Daniel B. explains.

You can listen to a few snippets below!