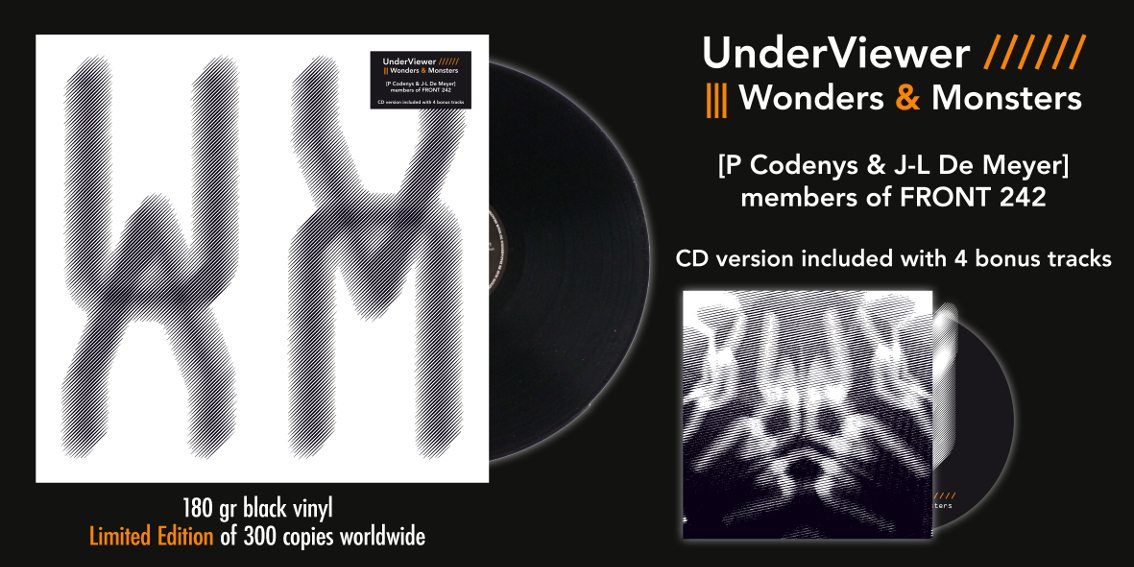 Yesterday we announced a first download single for the pre-Front 242 project and behold, today the full album “Wonders & Monsters” is being announced. Originally Alfa Matrix planned to announce the album details on Friday but one very quick distributor (hi Seb!) beat them, so the label sped things up and announced the details on its website too. You gotta love the stress that comes with this branch.

Here are the specs on this new release. “Wonders & Monsters” is being released as a standalone CD and on black vinyl (including the CD album) limited to just 300 copies, or you can get your digital download from Bandcamp.

Below are a few details from the CD release. 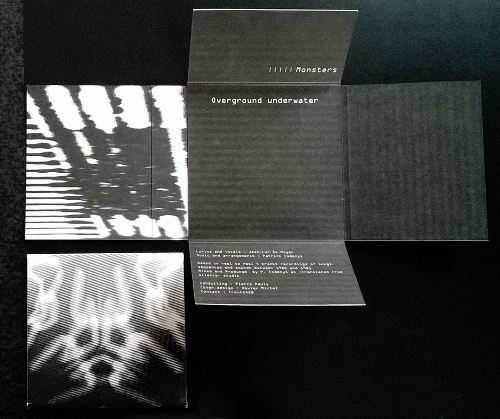 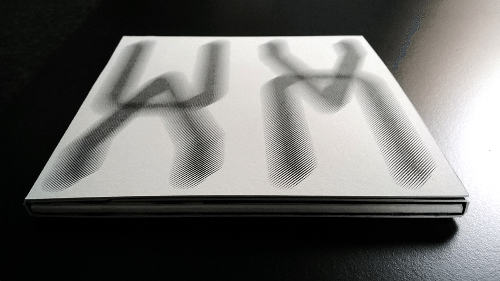 One of the tracks featured on the download single have in the meantime been made public via Front 242’s newly launched YouTube channel.

Before joining Front 242 in 1981 Brussels-based artists Patrick Codenys and Jean-Luc De Meyer used to be working together as a duo since 1978 under the Underviewer moniker, using a bass, synthesizers, rhythm boxes and a tape recorder.

Dormant for over 30 years, the duo recently recovered a dozen of tracks from their early 4-track tape recordings or even recreated some of them by meticulously reusing the same vintage machines, only slightly adapting them where needed. These songs have now been gathered together to form the debut album of a band that has been existing for over 38 years.

Since you’re here … … we have a small favour to ask. More people are reading Side-Line Magazine than ever but advertising revenues across the media are falling fast. And unlike many news organisations, we haven’t put up a paywall – we want to keep our journalism as open as we can. So you can see why we need to ask for your help. Side-Line’s independent journalism takes a lot of time, money and hard work to produce. But we do it because we want to push the artists we like and who are equally fighting to survive. If everyone who reads our reporting, who likes it, helps fund it, our future would be much more secure. For as little as 5 US$, you can support Side-Line Magazine – and it only takes a minute. Thank you. The donations are safely powered by Paypal.
Tags: Art&Strategy, Front 242, jean-luc demeyer, patrick codenys, underviewer