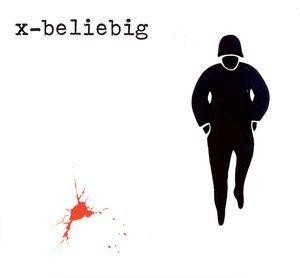 Content: Infrastition releases sometimes feel like searching for hidden treasures on the granary of your grandparents. Did you ever heard of the Austrian formation X-Beliebig? I’m afraid only a few ones do, but this trio was considered as one of the best 80s ‘dark’ Austrian formations.

Infrastition is for sure one of the only labels active in this scene to bring such a forgotten ‘treasures’ back alive. The band was active in the very early years and this double disc reassembles their complete work. The 1st disc features the songs originally released on the cassette “O.Tannenbaum” plus both songs of the single “Leben Ist Blut”. The 2nd disc features their single album originally released as vinyl “X-Beliebig” plus 2 bonus tracks.

The 1st disc clearly reminds me of very early 80s stuff, which was inspired by new-wave and post-punk. The pure 80s guitar playing and obscure bass lines create a desolate sound universe. The vocals have been sung in German and alternate between moody and harsher passages. “Fort!” brings the good-old moody new-wave spirit back to life while “Ah!” sounds a little less aggressive. I also have to mention “Warum” and “Planquadrat” both excellent ambassadors of new-wave music empowered by a punkish flavor on top.

The title song of the single “Leben Ist Blut” sounds somewhat funny, but is worthy of examination as well while the more into punk sounding “Illusionen” brings this disc to its final stage.
The 2nd disc brings the songs of the album “X-Beliebig” to life and deals with new-wave elements and punkish passages. The opening cuts are the most convincing. I like the depressed atmospheres hanging over “Morgen” and “Antlitz”. I can’t really affirm that you absolutely have to know this band, but they for sure deserved a bit more recognition.

I’m not that fond of the quieter pieces although they bring some diversity to the tracklist. Both bonus cuts, including a live song are more into post-punk. It’s not exactly their best work, but that’s possibly why it was never released before.

Conclusion: If you’re a collector of 80s forgotten- or simply unknown bands you have to put your hands on this record. X-Beliebig clearly was an interesting exponent of early new-wave music.