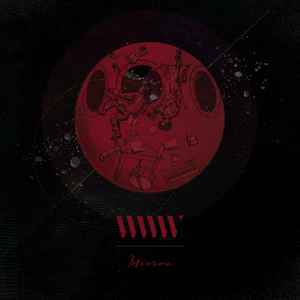 Background/Info: Set up in 2008 by Marco De Rossi
and Giorgio Trez, Italian duo Wora Wora Washington released this third full length at the end of 2016! So this is just their latest opus to date revealing 9 songs.

Content: It’s not an easy thing to define the sound universe of the band. The composition is definitely electronic revealing a kind of ambient/space like sound while heavy and sometimes complex rhythms are more into a kind of electro-rock approach. The song structures have been meticulously constructed often reaching a truly sound apotheosis. The vocals are passionate, but sometimes rather appear to be a kind of extra effect or noise source.

+ + + : I always enjoy bands dealing with a sound, which is nearly impossible to define. That’s precisely what Wora Wora Washington is all about. It sounds electronic, but in the end it rather appears to be the result of multiple influences. That’s probably what makes me say it’s a little less experimental and into a kind of indie electro-rock. The tracks have been progressively built up, revealing some complexity. The songs are quite diversified, which simply reinforces the enigma hanging over this work. One of the most noticeable cuts is the title cut for the somewhat raw Suicide-like sequences.

– – – : Originality and complexity aren’t always the keys to accessible music. “Mirror” is an album you’ve to listen to for a few times before you really can get into it.

Conclusion: Wora Wora Washington stands for diversity, but first of all for ‘something different’. This band is walking on less familiar electronic paths and has accomplished a noticeable work.

Since you’re here … … we have a small favour to ask. More people are reading Side-Line Magazine than ever but advertising revenues across the media are falling fast. And unlike many news organisations, we haven’t put up a paywall – we want to keep our journalism as open as we can. So you can see why we need to ask for your help. Side-Line’s independent journalism takes a lot of time, money and hard work to produce. But we do it because we want to push the artists we like and who are equally fighting to survive. If everyone who reads our reporting, who likes it, helps fund it, our future would be much more secure. For as little as 5 US$, you can support Side-Line Magazine – and it only takes a minute. Thank you. The donations are safely powered by Paypal.
Tags: Wora Wora Washington