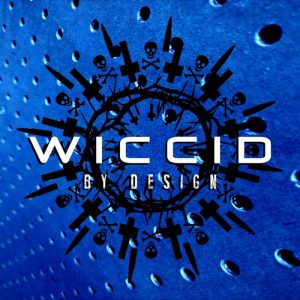 Content: “By Design” sounds pretty future-pop like and sometimes reminds me of Assemblage 23. But the sound is more powerful than the work of Tom Shear. The songs are carried by solid, pumping kicks. The choruses are powerful and melodic and sometimes revealing icy sound treatments. I also noticed a few softer cuts.

+ + + : “By design” is an accomplished production, clearly revealing the work of an experienced musician. The songs are well-crafted and accomplished with cool sound treatments. It’s a dark exposure of future-pop music, but still a kind of power-pop sound featuring furious beats and solid bass lines. Erie Loch also has a nose to compose alluring choruses. The song “Lights” is a little pearl and definitely one of the main potential hits of this work.

– – – : The few softer cuts aren’t exactly the best ones, but they’re more like bringing a break in the tracklist. Erie Loch is a talented singer, but I have to admit I’m not a huge fan of his timbre of voice. He has a particular and powerful voice, but I’m not a huge fan of it and that’s my single and very personal frustration about this work.