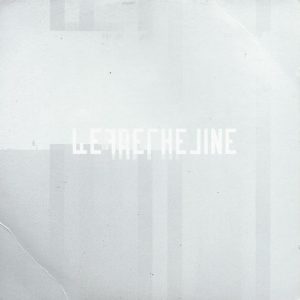 Background/Info: We Are The Line is a French project that claims to be inspired by artists such as Depeche Mode, NIN, David Bowie, Massive Attack. They previously released a debut single as prelude to this EP featuring 5 tracks.

Content: It’s not that easy to define the sound of this formation, but I somewhere recognize some of the artists they’re inspired by. The songs move from a real intelligent electronic approach carried by slow rhythms and sensual vocals parts towards a more electro-pop work featuring passionate vocals. The last two cuts are experimenting with other influences and become a bit more cinematographic.

+ + + : This new formation took me by surprise. It’s not that easy to seize the sound and real influences of the band, but I like tracks such as “A Cold Place” reminding me to Trauma and the more pop-driven “Restless (In vain)” which might appeal for fans of IAMX. The vocals are now sensual and then harsher and passionate. The final cut “Shining Edge” is another noticeable song for tits global progression and the mix of multiple noises and cracks.

– – – : “Through The Crack” can be considered as a ‘difficult’ release, which hard to label and covering multiple influences.

Conclusion: This EP resulted from a great, creative process, which is pretty exciting, but hard to catch. I hope to hear more work from We Are The Line; this is the kind of newcomer I fully support.

Tags: IAMX, NIN, We Are The Line