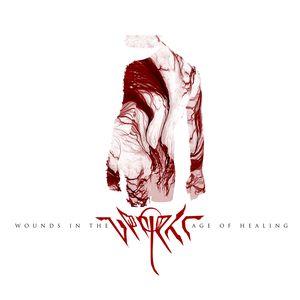 Content: vProjekt quickly became a promising dark-electro act, which even caught the attention of Johan Van Roy who did some guest vocals on the song “Swarms And Hives” and he also put a song of the band on his sampler “World Wide Electronics 2”.

This Australian solo-project driven by Eugene A. Nesci is now back on track unleashing surprising new work. I can’t say that there’s a radical change in the influences, but the new songs clearly reflect a different sources of inspiration.

We can easily recognize EBM and dark-electro influences, but the global production becomes more complex and elaborate. The composition becomes more personal as well and I think we might speak about a band, which has created its own sound DNA. There’s a kind of sophisticated chaos running through the work, which makes me think to a hybrid of Mentallo & The Fixer plus Haujobb. There’s this kind of sound intelligence, which was not featured on the previous work.

vProjekt moved to pure sound chemistry. It sometimes sounds like a sonic collage constructed by an impressive arsenal of sounds and noises. There also is a poignant atmospheric layer throughout most of the songs. That’s not totally new, but it sounds different when mixed with this new influence. vProjekt became inspired by industrial elements while holding on its dark-electronic basis. There’s a real nice twist between creative sound treatments and dense atmospheres.

Another main evolution for sure consists of the production of the vocals. Eugene Nesci is no longer singing like a wounded beast, the vocals getting more passionate and produced a softer way. It’s more a kind of rock-minded timbre of voice, which sometimes reminds me of M. Manson.

The least I can say is that the work became less accessible, but at the other side definitely intelligent like taking some distance with the familiar dark-electro standards.

It’s not that much of a coincidence that the CD format features 4 remixes have been made by bands like Haujobb, Iszoloscope, ESA and Wychdoktor. These bands clearly are pure sound architects themselves.

Conclusion: This album clearly sounds like the beginning of a new sonic era for vProjekt. This work reflects intelligence and maturity revealing an artist who tries to innovate instead of stagnating although resulting in a sound that is probably less accessible.

Since you’re here … … we have a small favour to ask. More people are reading Side-Line Magazine than ever but advertising revenues across the media are falling fast. And unlike many news organisations, we haven’t put up a paywall – we want to keep our journalism as open as we can. So you can see why we need to ask for your help. Side-Line’s independent journalism takes a lot of time, money and hard work to produce. But we do it because we want to push the artists we like and who are equally fighting to survive. If everyone who reads our reporting, who likes it, helps fund it, our future would be much more secure. For as little as 5 US$, you can support Side-Line Magazine – and it only takes a minute. Thank you. The donations are safely powered by Paypal.
Tags: vProjekt