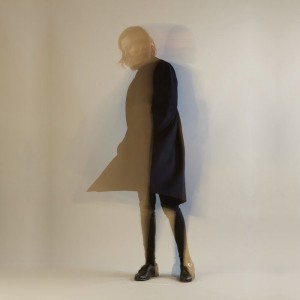 Background/Info: Vogue Noir is a new project set up by Dominique Cologne who’s operating from London. He was previously involved in Sato Sato and has now set up this solo-project releasing his debut-EP on Unknown Pleasures Records.

Content: If you’re a bit familiar with the French label Unknown Pleasures Records you’ll easily recognize the ‘vintage’ taste of the label in the sound of Vogue Noir. This EP takes us back in time, awakening good-old memories and sounds from the 80s electro-pop & new-wave music. Some cuts also reveal a kind of nu-disco flavor, which makes it pretty sexy.

The songs are pretty danceable revealing catchy structures and great, analogue synth lines, which sometimes remind me of Gary Numan. The vocal parts are pretty wafting and even a bit elevating. One song features vocals by Tullia Benedicta (Italian producer who’s also based in London).  And here again there’s this evasive sensation carried by sublime analogue tones. The final song remains pretty electro-pop like, and features female vocals by Drift.

+ + + : Vogue Noir is a fascinating formation, which brings the spirit of the 80s electro-new-wave alive while adding some elements of nu-disco music on top. It’s sounds vintage-like revealing outstanding synthesizer sounds. The songs are driven by sexy, danceable rhythms and the bewitching vocals of Dominique Cologne.

– – – : My single regret is that such great music has only been released on digital format. It once again seems to prove that there’s less interest for physical releases, which is a pity because “Vogue Noir” really deserves to get eternalized on CD.

Conclusion: I already discovered many interesting formations on the Unknown Pleasures Records roster and Vogue Noir is just one more to add on the list. If you think that contemporary electro-pop bands are all sounding the same, you should purchase this little retro-minded pop jewel.