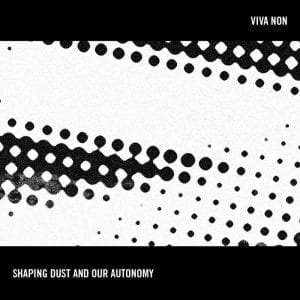 Background/Info: Canadian artist James Hofer has released his second album under the Viva Non moniker. Three years after the self-released album “Pure” this work will be an opportunity to (re)discover Viva Non.

Content: This album is clearly driven by electro- and wave-pop music. The main characteristic is without a shadow of doubt the artist’s timbre of voice. He has this nasal intonation, which more than once reminds me to Robert Smith. And even some songs are a bit Cure-like from the “Close To Me”-period, but with a total electronic approach.

The album mixes evasive- and harder cuts, but it always remains pretty pop-like. Notice by the way that by the exception of 2 songs going over the 4 minutes, all of the other tracks are shorter than 3 minutes..

+ + + : This is not a stereotypical electro-pop work and that’s for sure what I like. There’s a refreshing approach although based upon retro-influences. I got the impression to hear Robert Smith singing on electro-pop music and I refer to songs as “To Breathe” and “Tonally Outside”. The vocals are also reflecting passion, which makes me say that this album sounds as ‘electro-pop with emotion’.

– – – : The tracks are a bit similar to each other. Because of the short time length of the songs I sometimes get the feeling the songs aren’t sometimes completely elaborated and accomplished.

Conclusion: I haven’t been fully convinced with this album however it’s a refreshing and original artist I really want to hear more from.