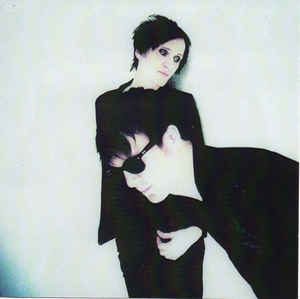 Background/Info: Vague Scare is a French duo set up in 2014 and having achieved their debut work “Classified” in 2017. The band work sin the purest DIY format.

Content: Vague Scare clearly sounds inspired by new-melancholia. The 80s influence recovers most of the album, which takes off with a cool song reminding me of Suicide mixed with The Neon Judgement. The songs are dark and recovered with synth lines expressing a taste of sorrow.

+ + + : “Classified” has this magic 80s spirit, which you can hear in the dark atmospheres, the new-wave inspiration, but also the rather short cuts. I like the electronic side of the album, which mainly comes through on a few cool choruses. “Empty Your Heart” is a song featuring a noticeable chorus. The mix and global sound production both reflect a real maturity and professionalism, which is not that easy for bands who are debuting and into the DIY spirit.

– – – : I’m missing a bit more diversity between the songs, which sound pretty similar to each other. There also is no real climax except on the already mentioned “Empty Your Heart”.

Conclusion: Vague Scare invites you to join in for a sweet and pure vintage sonic travel getting you back somewhere in the midst of the 80s. This is a band to keep an eye on and I’m really looking forward to discover their next work.

Best songs: “Empty Your Heart”, “What Happened To You”.