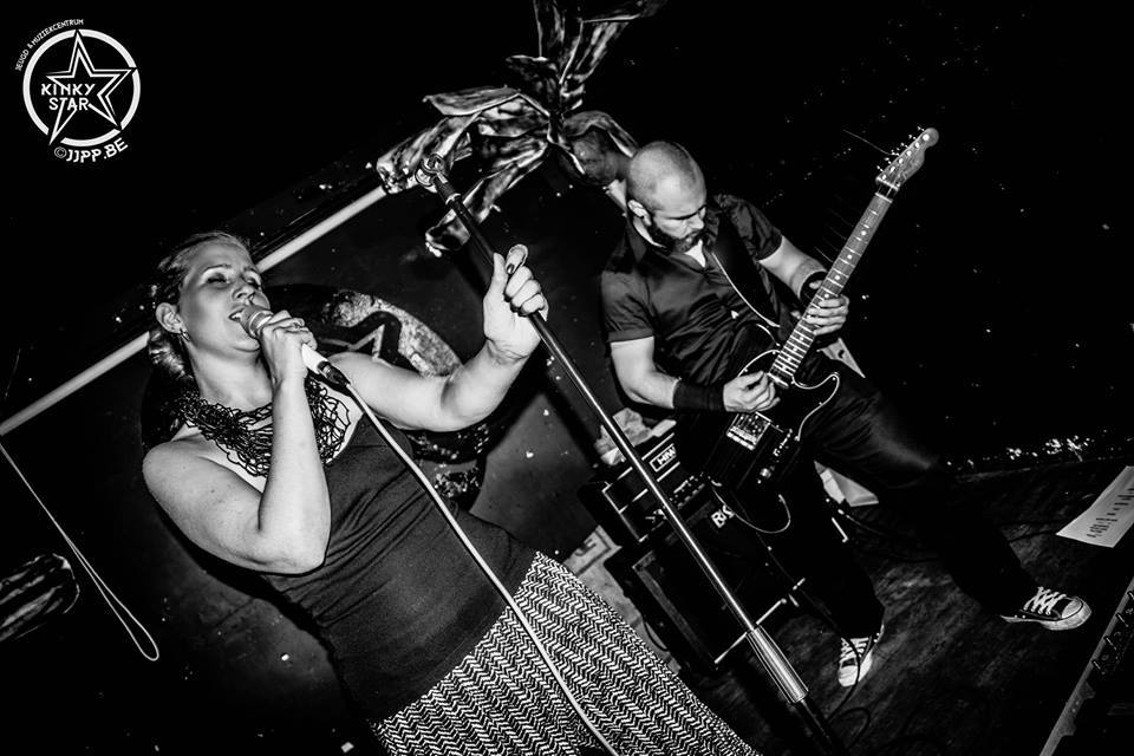 Coming out this Friday is the brand new Psy’Aviah album “Lightflare”, and as announced a while back, we are today offering you an exclusive insight in the deluxe version of the album itself (with the exception of 3 tracks thanks to SABAM). The album is available on CD, 2CD (order right here via the Alfa Matrix webstore) and as download on Bandcamp.

Attention when you buy via Bandcamp, don’t forget to use the special code sideline2518 and you’ll get an immediate discount of 25%.

We contacted the Belgian artist behind this international project, the Antwerp based Yves Schelpe. You can preview the album here (the interview is right after this embedded player):

SL: Yves, your new album has been a personal journey through the ups and downs you experienced. How has life been treating you the past few years?

YVES: Life throws all kind of unexpected situations at you, and the older you get the more frustration creeps in, or the more you look at things from a different perspective. I can’t complain, I think I did get bored with certain situations and that I grew frustrated with stale situations. My albums have always included personal stories – whether autobiographical stories or things I’ve seen from friends & family in daily life. But “Lightflare” is a more in depth look where I take the listener through the emotions of “feeling lost” towards strategies one evolves to “cope with life” to end with “happiness and joy”.

SL: Was this something you also transmitted to the guest singers? How did they react?

YVES: For sure, almost all the lyrics and vocal guides are written by me, and I explain the meaning behind my intent with some words in details to the vocalists. Mari Kattman & I did a video to explain the process, where she talks about those vocal guides & the explenations I give her (she starts talking at 104sec).

When the lyrics are written by the guests themselves (such as Ellia Bisker of Sweet Soubrette or Michael of MiXE1) – I do give them artwork snippets, reference to other lyrics on the album I wrote and a vision I have for the lyrical content I’d like to have on the album. So it’s an intense journey working with them, and as far as I know they all appreciate that way of working, being part of telling a story.

SL: The album has been receiving raving reviews the past few weeks from all kinds of press. Was that something you had expected or was it rather the result of hard work?

YVES: This album is far more delicate than the previous two, it touches upon personal topics and while it’s still “dark pop music with an adge” and rooted in EBM, there’s also triphop, pure pop and electronic rap on there. Which made it again an evolution in my exploration of boundaries in sound. But to be able to tell a story like I wanted on Lightflare I had to seek out those genres, as they convey the emotions – it was this a lot of hard work: two years went into the album, from recording, writing, sepending time on the artwork to have a visual image for the vision & story. So when I first sent out the album and received the reviews I was very nervous – but I am so happy things are positive and that Lightflare is being appreciated a lot – both on radio, podcasts and reviews! It’s strange to think of it as the songs I made in my “bedroom studio” are being played in clubs all over the world, and listened to people from all over the world – I couldn’t be happier to with the reaction I receive from those listeners and DJs as well.

SL: What kind of influences have played a role for creating the songs for this album?

YVES: Musically I drew inspiration from Moby’s & Faithless’ triphop sounding songs, as well as Röyksopp, Tove Lo and the classics as always such as Praga Khan & Lords Of Acid which triggered me to write my own music as a yound kid. Fun fact is that I always send off songs to Ludo Camberlin (aka CS Johansen), producer on PK & LOA as well as Poésie Noire and The Neon Judgement – a very influencial person for me, but for a lot of others too I guess. Ludo always gives me very good feedback and thus is a big influence for me.

But I guess the main influence of course is the story, and for each chapter in this Lightflare story I make a song, with the lyrics in mind shaping those sounds & hits and build ups to match the mood. Not always with a vocalist in mind directly – but when I have a demo finished I usually know immediately who to ask. David from Entrzelle was perfect for Ghost, I know that there I can create an electro track with a lot of ambience, and a riff but rely on his vocal performance a lot – the emotions. Same with Mari Kattman’s “Lost At Sea”, when getting back those vocals I usually change and shape the demo around their vocals so they fit perfectly.

The vocalist that pushed me most this album for sure was with my live vocalist Marieke Lightband, we had multiple sessions and recordings at her studio in Antwerp, trying to figure out together what would be the best – giving feedback to each other and coming to a song that is very much full of soul, triphop and influences of jazz. The same happened with Michael of MiXE1 – bouncing off ideas back and forth and the song was then shaped more and more tightly around his vocals – but in stead of doing it in person like with Marieke, the process with Michael was done online: Facebook is dead – long live facebook messenger ?.

SL: You’re very active on social media, with the recent ‘reach crash’ it seems that personal contact via the profiles is back. How do you look at the way all these platforms change the rules all the time from an artist’s point of view?

YVES: It’s frustrating indeed, but I’ve always been active on all kinds of social media. Instagram & my personal profile now play a more crucial role – as well as our own website. Most people forget they signed a contract when they register to a social media platform, it’s their right to change the algorithm. So be it, but I’ll abuse the system and use the medium the way I want it – game the system, and be honest. I love it that this time around a lot of people have more immediate contact with me through facebook (facebook.com/yves.schelpe) and instragram (instagram.com/psyaviah) – sending me pictures, their personal stories on how they interpret and experience the songs and lyrics. I don’t mind adapting thus, I still think social media is a cool medium.

SL: When and where can we see Psy’Aviah live again?

YVES: We will do some shows in Belgium being booked by private companies (so sadly those are private shows) and we’re in talks to visit Germany. But we’re always open for opportunies and kick some ass on stage with our dedicated live band: Marieke, Ben and me.

You can also check out the following videos on YouTube:

Since you’re here … … we have a small favour to ask. More people are reading Side-Line Magazine than ever but advertising revenues across the media are falling fast. And unlike many news organisations, we haven’t put up a paywall – we want to keep our journalism as open as we can. So you can see why we need to ask for your help. Side-Line’s independent journalism takes a lot of time, money and hard work to produce. But we do it because we want to push the artists we like and who are equally fighting to survive. If everyone who reads our reporting, who likes it, helps fund it, our future would be much more secure. For as little as 5 US$, you can support Side-Line Magazine – and it only takes a minute. Thank you. The donations are safely powered by Paypal.
Tags: Alfa Matrix, EBM, Entrzelle, Psy'Aviah