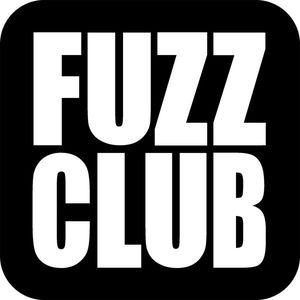 Content: This album is clearly meant as an efficient promo tool to introduce music lovers to the universe of Fuzz Club Records. Around 20 artists have actually released some material on the Norwegian label, which is mainly dealing with genres like experimental rock’n’roll, shoegaze, garage ao. This album features 5 bands each with 8 songs.

I was recently introduced to the new album of The Underground Youth, which is a great piece of shoegaze mixed with some elements of dream-pop and psychedelic music. You’ll discover 2 songs of this album here, which in my opinion are definitely the best ones.
Another band to keep an eye on is The Orange Revival, which recently released the “Futurecent”-album. Two songs from this album have been taken revealing an extremely dark mood. there also is this typical fuzzy and dreamy aspect, which is carried by a rather linear cadence.

Shoegaze appears to be the main basis of this compilation and I also have to recommend Cult Of Dom Keller in the genre with a new song. The song has a kind of transcendental strength while it’s not exactly the kind of track to put you in a happy mood.

Both songs of 10 000 Russos appear to be a mixture between shoegaze and psychedelic-rock. It’s not bad at all although not my favorite band. I’ll end with the opening band TAU and a song into a spooky vein, which is driven through a deep, dark resonating bass playing.

Conclusion: A label compilation remains the best promo tool to get a bit more familiarized by the music genre(s) of this company. I sincerely hope to discover more releases from this interesting label.

Since you’re here … … we have a small favour to ask. More people are reading Side-Line Magazine than ever but advertising revenues across the media are falling fast. And unlike many news organisations, we haven’t put up a paywall – we want to keep our journalism as open as we can. So you can see why we need to ask for your help. Side-Line’s independent journalism takes a lot of time, money and hard work to produce. But we do it because we want to push the artists we like and who are equally fighting to survive. If everyone who reads our reporting, who likes it, helps fund it, our future would be much more secure. For as little as 5 US$, you can support Side-Line Magazine – and it only takes a minute. Thank you. The donations are safely powered by Paypal.
Tags: V/A Single Collection Summer 2015