Today on the Internet you can find hundreds and thousands of different games. Each of them has its own format. If you need PSP ISOS roms, then this article is for you. We picked up several popular games in the ISO format. 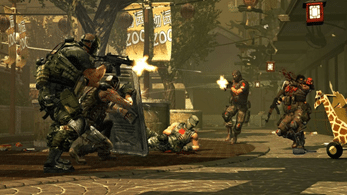 When a global catastrophe broke out in Shanghai, Rios and Salem were unlucky to be at the very center of events. Fortunately, now you have much more possibilities and a new arsenal of joint techniques that any player can perform at any time, which opens the way to creating entirely new tactical moves. To survive and defeat the enemy to the detachment of two mercenaries will also help an incredibly powerful weapon modification and improvement system. Invite your friends along with you to take part in the battles of the four modes of the collective game, designed for joint action. Army of Two returns – even better than before.

Have you seen the movie “Star Wars”? If yes, this game is for you. The Force Unleashed unfolds between the third and fourth episodes of “Star Wars”, thus the game reveals new pages of the history of this universe. Players are assigned the role of the mysterious disciple Darth Vader, whose task is to help the mentor cleanse the galaxy of the Jedi. The Force Unleashed is positioned as an official story episode, created by George Lucas himself. 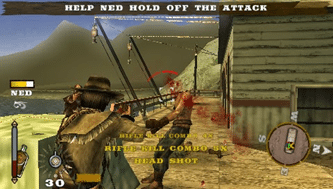 Destiny took everything from Kolton White, what he valued. Since then, White trusts only his weapons. He must severely punish the scoundrels that destroyed his life, and you will help him in this. Learn the greed, passion and cruelty of the Wild West. Gun Showdown is a cinematic blockbuster from Activision. In this fascinating action with role-playing elements, executed in the best traditions of vesterns, awaiting you are exciting adventures in the Wild West – chases, shootings and gruesome fights. Saddle your faithful horse, swirl across the dusty prairies of America, track down your enemies and feed them with lead. Prove that you are not a timid ten, and fight all the bandits of the New World!

Experience genuine joy, scoring goals in FIFA 14. The game reliably conveys the beauty and tension of the football. Famous gameplay has become even better with innovations that encourage creative play in the center of the field and allow you to set the pace. Create sharp moments and experience excitement when the ball flies into the opponent’s goal. The new system “Impeccable Impact” and the new physics of the flight of the ball make each blow incredibly realistic and give a sincere pleasure from the goals scored. FIFA 14 supports EA Sports Football Club, an online service through which players stay in touch with the world of real football – and with each other. FIFA 14 is a football social network that allows players to communicate, compete and share impressions with millions of people around the world.

5. Call of Duty Roads to Victory. 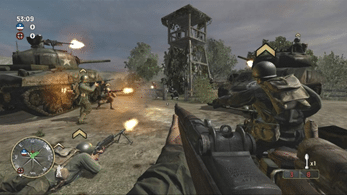 A game that has become a «classic» among other games. Among countless games about the Second World Series, Call of Duty deservedly takes an honorable place. Now cinematic scenes of grand battles, secret operations behind the enemy lines and large-scale battles on the ruins of European cities appeared on the PSP. You have a chance to plunge into the atmosphere of the forties no matter where you are.

The war is on all fronts, and to the cherished victory is still far away. Fascist Germany threw huge forces at the newly opened second front. Allies have a hard time. The best units of the Wehrmacht go victorious march to the west, capturing more and more new territories. You will have to control the completely different heroes fighting for one cause. Private of the 82nd Airborne Division, First Canadian Gunner and elite British Parachute Regiment soldier – three of them had a difficult test. Join and show them the way to victory!