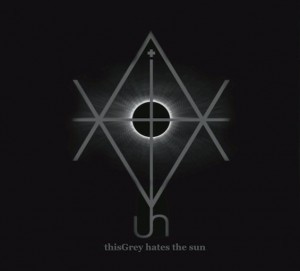 Background/Info: Based in Milan, This Grey Hates The Sun was set up a few years ago by Giordano Rivolta. After a split release with Corpoparassita we now welcome the official debut album by this Italian artist.

Content: The tracks are mainly driven by pure experimentalism, Rivolta likes to manipulate and create sounds and noises. It creates an abstract sound dimension, which however touches industrial grounds. The dark atmospheres inject a haunting sensation.

The compositions are driven by repetitive loops mixed with industrial noises and a few guitar effects. This Grey Hates The Sun creates a spooky, intriguing atmosphere with fewer sounds, but they’ve been treated with knowledge.

+ + + : The diversity and mix of influences for sure is the main strength behind this work. It’s hard to define the sound as any particular genre, but there’s a cool twist between industrial noises, dark-ambient and pure experimental treatments. Notice by the way that one of the best cuts (cf. “With Other Eyes”) was originally released on the split-album I already mentioned.

– – – : The experimental aspect of the work sometimes sound like improvisation making a few cuts less accessible. This is a rather complex work while most of the tracks remain pretty short in duration.

Conclusion: The least I can say is that this album is not a typical dark-ambient release and that’s probably why it will maybe more appeal for experimental lovers.

Best songs: There Is A Message Here”, “With Other Eyes”.