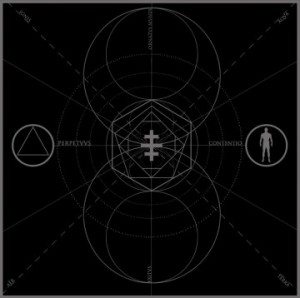 Background/Info: The Way Of Purity is an interesting formation, with a ‘militant’ side and ‘which doesn’t show off with smart or cool band members; no names, no fancy photos, no effigy, no trendy musical influences and no nationality; no compromise, no way to talk or get to know us – we are NOTHING! We are a very real and solid message’. This album, which was already released a while ago now, has been re-released on Epictronic.

Content: The music sounds more ‘conventional’ than the band’s message. It’s a rather typical format of gothic music mixed with elements of rock. It sounds rather dark and carried by female vocals plus male backing vocals. The band claims to be inspired by bands like The Sisters Of Mercy, Christian Death, The Cure ao bands in the genre.

These influences aren’t always noticeable, but in the end there’s a similar dark taste carried by solid guitar passages. The guitar playing sounds pretty heavy and is for sure one of the main characteristics of their work.

+ + + : “The Majesty Of Your Becoming” is a mature production featuring a rather powerful goth-rock style driven by powerful guitar riffs and electronic melodies. There’s a real good balance between the vocals and the sound. “From The Nest To The Grave” is a divine song.

– – – : Despite of the band’s professionalism and mature production, this work reveals cool songs, but no real climax. It sounds a bit too predictable and without real innovation.

Conclusion: This album reveals no real surprises although well-crafted goth-rock songs colored with dark atmospheres. The album is pretty enjoyable, but I can imagine that the real strength of this band will emerge during live performances.

Best songs: “From The Nest To The Grave”, “Eleven”.

Tags: The Way Of Purity