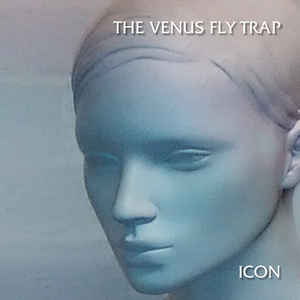 Background/Info: Alex Novak and Andy Denton both remain the only members on board of The Venus Fly Trap. This British formation set up in the 80s can be seen as real veterans (once set up by Alex and John Novak). Most production were released during the 80s and 90s while they now strike back on an irregular basis.

Content: “Icon” still has this delicious 80s sound, but it’s first of all a rather diversified opus. From cool electronic passages to a sort of psy-rock approach reminding me of B52’s to dubby bass lines to rock-wave music to electronics à la early Daft Punk mixed with pure new-wave, this album is a true sonic voyage.

+ + + : The Venus Fly Trap has always been an unusual band to me; a kind of alien walking on multiple familiar sound paths. It’s not that different with “Icon”, which takes the listener by surprise through its eclectic sound canvas. I personally like the electronic treatments and especially the refreshing part featured at “Deadly Nightshade” (reminding me of early Daft Punk-electronics). Totally different is the B52’s inspired “Flashback”, which has something psychedelic.

– – – : I never experienced this band as a ‘hit machine’ and that’s probably what this album is missing; several cool cuts, but no mega-hit! The diversity of the album also creates a lack of coherence between all different influences, but in the end it also rocks this way.

Conclusion: Diversity is the keyword of this work, which also is one of the best Venus Fly Trap releases from the 21st Century.