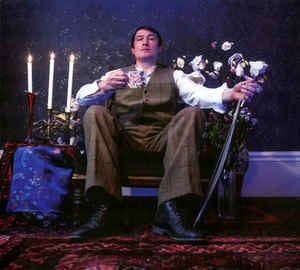 Background/Info: “Crumbs” is the newest album by Matt Howden under the Sieben moniker. The British musician, mainly known for his particular violin playing introduced this work as one of his best while being different from what he has done.

Content: “Crumbs” is for sure one of the most varied Sieben album I’ve ever heard. It remains a mix of influences, centered on the unique, experimental violin play of Matt Howden. He invited several extra musicians to join in so in the end Sieben became a ‘band’ (like revealed on both last songs).

This work also sounds a reflection and cynical view about our world we’re living in. The Brexit theme is just one subject that you’ll find back. Is it a political- and/or engaged work? Only Matt Howden knows, but I think the lyrics are satire and the music a modern cabaret-style, which can be also used as soundtrack. I also noticed some punk-inspired pieces, which is quite unique when played with a violin.

+ + + : Matt Howden revealed himself as a true sound wizard. The way he’s playing and handling his violin remains pure magic, but the global production has something poignant. It’s somewhat cynical, but the music is there to make you realize the themes are serious. This is an album with a massage and that’s a feeling that comes through in the somewhat enraged vocals. I also like the diversity of the work, which makes me think to a kind of theatre play featuring different parts. I also want to say a word about the great digipak format and the artwork perfectly reflecting the spirit of this album.

– – – : There are a few forgettable pretty short cuts (from only a few seconds) on this work where the title seems to be more important than the content.

Conclusion: Sieben has already accomplished great and poignant releases, but “Crumbs” might be considered as the truly ‘opus magnum’! Respect Mr. Howden!