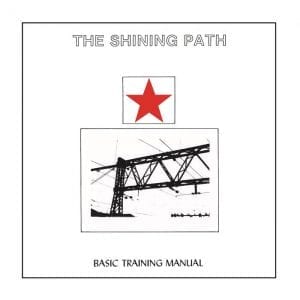 Background/Info: It all started during the early 80s in Australia when Peter Miller and Andrew Millar set up Dive Position (1982), which next got renamed into The Fatal Charm (1984) and finally became The Shining Path. The album “Basic Training Manual” got released around 1988. Andrew Millar passed away and the band stopped all activities. This album features the original songs from their album “Basic Training Manual” plus extras and six songs from Dive Position.

Content: No doubt about it, this is pure 80s music bringing the typical coldness and sterile production from the early electronic tears alive. The way they play the guitar, but still the synth lines are more than once reminding me of Snowy Red.

The Dive Position songs bring a similar sensation alive, but I experienced these cuts as more experimental. You’ll also hear one live song featured among the tracklist.

+ + + : This album is a kind of sonic documentary, a way to get back to the early years of electronic music. I’m sure it also is an opportunity for numerous music lovers and especially 80s die-hard freaks to discover a band they aren’t familiar with. And it’s an interesting band, in the truest spirit of the icy electronics. I especially like this proper and unique sterile production. The fusion between guitar and frozen synth parts is absolutely great.

– – – : A few cuts can’t convince me, but I’m not really complaining. Even the global sound production (and mixing) suffering from a lack of professionalism don’t really hurt me as it symbolizes the real 80s spirit.

Conclusion: I never heard of The Shining Path before so this album is an opportunity to (re)discover a forgotten project from the 80s while Anna Logue Records also announced a compilation with more songs from both bands.