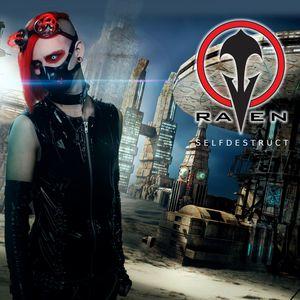 Content: The Raven was set up by Dave Strehler. After a debut EP (cf. “One Last Time”) released in 2000 the band seems to have disappeared from the radar. It’s now time for The Raven to drop a new dance-bomb entitled “Selfdestruct”.

The single features the original song, which is pure dance-electro with a solid cyber-industrial appeal. The hard kick clearly sounds like an invitation to dance while some of the sequences are pretty 90s like, but reinforced with an industrial-rave touch on top. The harsh vocals inject a scary and aggressive flavor to the song. “Selfdestruct” reminds me of bands like Extize and DH 3rror.

Label mates of Unterschicht have remixed the song adding their personal touch to the work. The remix sounds pretty cool as well.

Conclusion: One song is not enough to speak about a successful return of The Raven, but “Selfdestruct” sounds cool so let’s now wait for more new songs to get an idea about the real potential of the band.