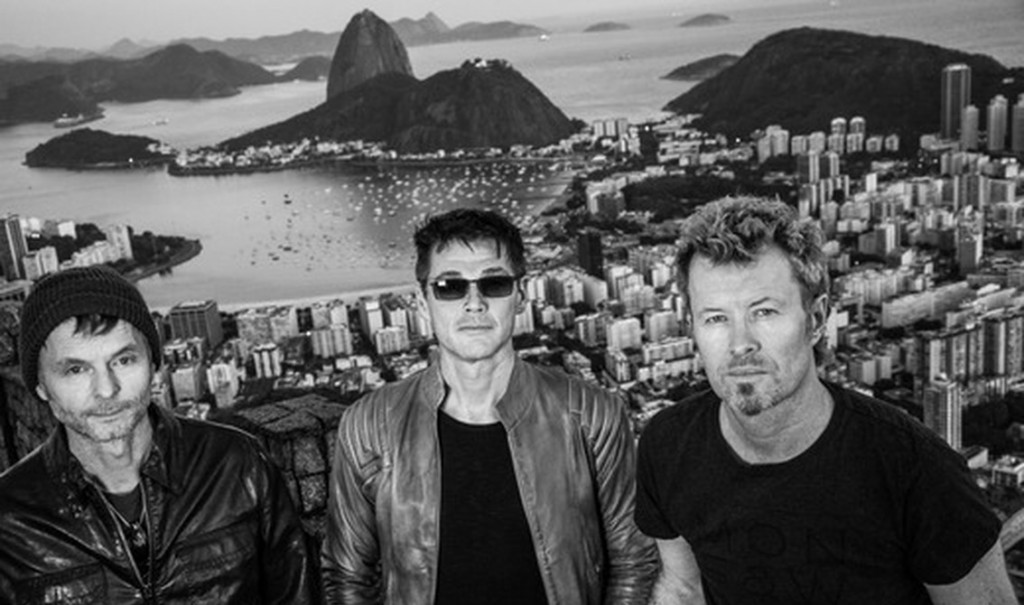 a-ha have announced the final 2 concerts on the ‘Cast In Steel’ tour, which will take place next May in Norway: on May 6 at the DNB Arena in Stavanger and on May 7 at the Bergenhus Festning in Bergen. The concert in Bergen will be their only outdoor concert on the tour, and the arena can accommodate 22,000 spectators, which knowing a-ha’s local attraction shouldn’t be too difficult too fill.

In other news, during a Q&A which took place this weekend, Pål Waaktaar-Savoy announced that a-ha will be releasing a new version of the title track of their last album “Cast In Steel”. Pål Waaktaar-Savoy: “We have a new version coming out produced by Steve Osbourne which shows a different side of the song.” It’s not clear if this remix will be released as a standalone single or part of a new single. Note that “Cast In Steel” was released as a one-track single earlier this year via Spotify.

Waaktaar-Savoy also confirmed that he is completing an album together with Zoe Gnecco, daughter of Jimmy Gnecco (best known as vocalist for the rock band Ours). You might actually remember Jimmy Gnecco from his 2011 collaboration with Pål Waaktaar-Savoy under the name Weathervane. The eponymous song “Weathervane” was used in the Norwegian film “Hodejegerne” (“Headhunters”) from 2011 (based on a book written by Norwegian Author, Jo Nesbø).

And that’s not all. You might also expect a new Savoy album, but that will be released after the Zoe Gnecco collaboration album is out. For Savoy it will be the first album since 2007’s “Savoy Songbook Vol. 1”. Savoy consists of Pål Waaktaar-Savoy, his wife Lauren Savoy and Frode Unneland.

And to please the die-hards, Waaktaar-Savoy has hinted that there is a chance we will get to hear a 2nd Bridges LP. Here’s what Waaktaar-Savoy had to say on the matter: “That’s the question that Viggo Bondi, the bass player, asks from me at least once a year. I think the time is drawing near.”

Bridges consisted of Pål Waaktaar, as he was then known, as lead singer along with keyboardist Magne Furuholmen (with whom he later formed a-ha with singer Morten Harket), drummer Øystein Jevanord and bassist Viggo Bondi. In 1980, Bridges released their only album, the self-financed LP “Fakkeltog” and although the title is Norwegian the songs are in English. An unreleased Bridges song called “The Juicy Fruit Song” later evolved into the A-ha hit “Take On Me”. Below is said version.