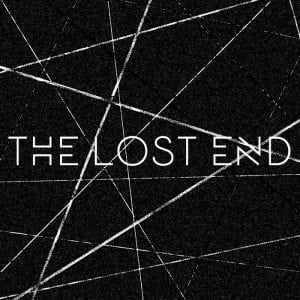 Background/Info: The Lost End is a 4 piece band from Norman – Oklhaoma (USA) unleashing their debut work. The work features 7 songs so in the end it’s more appropriated to speak about a mini-album.

Content: It all rapidly becomes evident the main sources of influences running through the songs bring us back to the darkest hours of the 80s. There’s a noticeable twist between pure cold-wave and dark-rock music. The guitar playing injects a dark and sometimes depressed flavor to the music. It creates a perfect match with the singer’s deep timbre of voice.

+ + + : The songs sound a bit rough and unpolished, creating an authentic feeling reminding me of numerous demo bands from the 80s and early 90s. The Lost End are awakening good-old demons getting us back to one of the most legendary periods of new-wave and gothic music. I especially like the typical, dark guitar playing and the deep resonating vocal parts.

– – – : Despite of the authentic feeling in the production process I would like to hear the songs exposed to a more mature and professional producer.

Conclusion: The Lost End is a band like many others; it’s pure old-school 80s cold-wave, but it’s enjoyable if you’re nostalgic.

Cyber Monday revives 'To have and have not' by the cult New Romantics artist Ronny - download it for free!