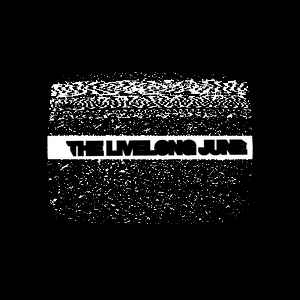 Background/Info: The Livelong June is a Swedish duo active since 2013. Benny Gustavsson and Marcus Rejnevik joined hands together with ScentAir Records to unleash their official debut album featuring 11 songs.

Content: ScentAir Records is a label, which revealed some real interesting electro-pop artists during the past few years, but The Livelong June probably is the one that caught more of my attention than others. It’s not just classical electro-pop music, but a harder format, which sometimes sounds a bit pop-rock as well and especially carried by the charismatic vocals of Benny Gustavsson. Placebo is one of the band’s sources of inspiration and the least I can say is that the vocals are rapidly reminding me of Brian Molko. You sometimes get the impression of hearing Placebo on an electronic trip.

+ + + : I like most aspects of this album: first of all it’s a powerful production composed with alluring and solid electronic treatments joined by guitar playing and next you’ll get great vocal parts. The songs have been accomplished with great synth melodies. I especially like the way this band mixes different influences together. So in the end it remains electro-pop and even indie-pop minded music, but first of all great music revealing a new and promising formation.

– – – : The only single regret is the poorly inspired front cover of this album! Such a great release deserves a more creative and noticeable cover. I think it’s a real important item especially considering the CD-format is going downwards every single day.

Conclusion: The Livelong June has released an impressive piece of music, which definitely belongs to the best productions I’ve heard on the ScentAir roster. This is an album you definitely have to purchase!