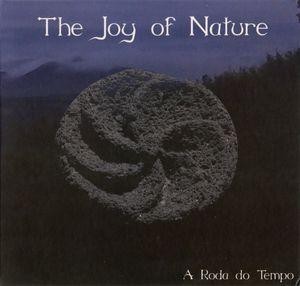 Background/Info: Set up by Luís Couto who’s originally from the beautiful Azores archipelago, The Joy Of Nature released an impressive number of productions during the past few years. The band now joined hands with Cynfeirdd to unleash this newest opus revealing 16 songs.

Content: The work has been composed with a nice selection of authentic instruments (like acoustic guitar, didgeridoo, harmonica, hurdy-gurdy, percussion ao) plus a more experimental approach emerging from field recordings and studio treatments. Couto got the help from a few contributors, which resulted in a visionary sound moving in between pure troubadour music and experimental treatments. A few more influences like ritual passages and pure ambient parts can be noticed as well.

Some vocal parts reflect a kind of exotic feeling –maybe because of the Portuguese language, while other cuts have been taken from poetry. Just like the global sound production the vocal parts are quite diversified in their production.

+ + + : I like the authenticity emerging from the many instruments this work has been composed with. It creates an open-minded work accessible for a wider audience. The troubadour-parts are the most accomplished ones.

– – – : The diversity of the album might give you the feeling of missing certain cohesion between the songs.

Conclusion: “A Roda Do Tempo” clearly sounds like an invitation to join a somewhat mysterious, but enlightening sound universe getting you into forgotten dreams and distant times.

Tags: The Joy Of Nature