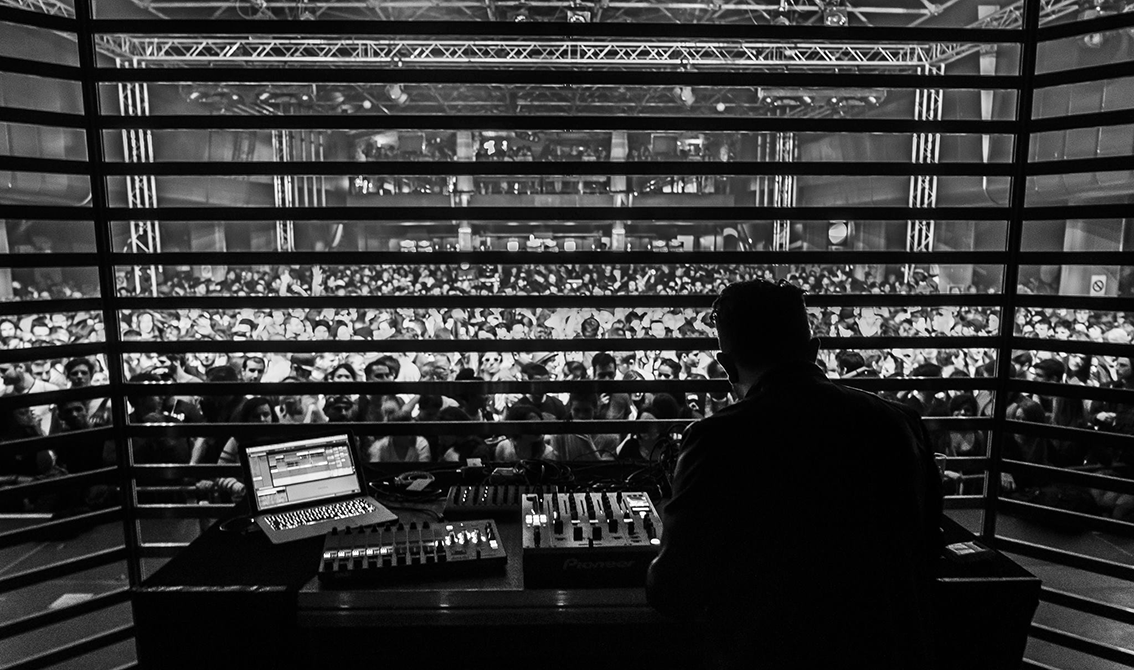 Michel Amato a.k.a. The Hacker is a French electroclash and techno producer and DJ. For many years he’s been working together with Miss Kittin (Caroline Hervé). Recently he released the track “Physique” from his new solo project “AMATO” on Cititrax, a sub-label of Minimal Wave.

MA: I bought my first keyboard in 1989, it was a Korg MS20, at that time I didn’t know anything about technology. I bought it because I thought that it looked good! It was a good choice, I still use it today!

MA: After 15 years with Cubase, I moved to Ableton lately, and I’m very satisfied.

MA: Not much! For my next live show I want something really minimal and easy to travel with. I’m going to use the Beatstep Pro from Arturia, a Korg MS20 rack and the Korg ElecTribe SX (ESX-1).

MA: Once I was playing live using samplers, synths and a Roland TR-909. Suddenly the 909 was receiving all the MIDI channels! So the 16 channels of the 909 were all playing! It made a terrible noise and I had to make a start/stop to continue the live show. The funny thing is that the people loved it, haha!

MA: Yes, exactly! When I bought my first synth, I spent months working on it. Now you have new stuff coming out every week, they’re all interesting and cheap! It’s too much. I force myself now to work with a limited amount of equipment so I don’t get lost. It’s important to have limitations, your imagination has to do the job, not the new plug in you just bought.

MA: Directly from our minds to the machines! That would be great!