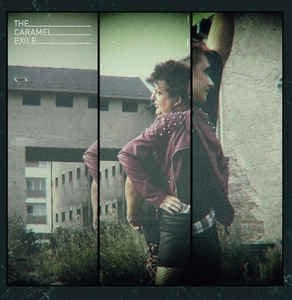 Background/Info: The Caramel Exile was set up in 2014 and is based in Bratislava (Slovakia).This is the self-titled debut album revealing 13 songs by the duo ‘Ms.Valentine’ and ‘Dirty77’.

Content: From the very first notes you rapidly notice a strong 80s flavor emerging at the surface. The songs are pretty pop-like, mainly composed with electronics, but also with guitar playing. “The Caramel Exile” sounds a bit raw and is mixing electro-pop with some punkish approach. Ms.Valentine is singing while Dirty77 is doing backings. Most of the songs have been sung in English, but you’ll also discover a few cuts sung in their Mother tongue.

+ + + : This album is supported by a delicious vintage approach, which will appeal for 80s lovers. But it’s much more than simply a new 80s emulation. This band has something personal and atypical in the approach. It’s a very efficient electro-pop production with a nasty punkish touch on top.

– – – : A few cuts are more into guitar, which is not the most convincing part of the work. “Die Young” is one of these cuts on, which the production of the vocals is not that professional as well.

Conclusion: The Caramel Exile is a totally weird band name, but this debut album really has something I like. This is an interesting basis to go on with.