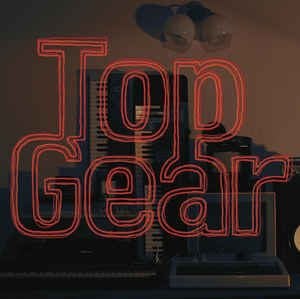 Background/Info: The name Stef Animal doesn’t maybe say something. She’s a member of The Golden Awesome (which I honestly never heard of before) and now released her debut solo-work as a conceptual album dedicated to vintage electronic gear.

Most of the songs sound like snippets to illustrate the sound and/or abilities of the used instrument. Most of the cuts remain instrumentals although I noticed a few passages with vocals.

+ + + : The concept is interesting and quite original. It sometimes creates a cool cinematographic effect while I especially like the ethereal-pop sounding “In The Pines” for the addition of dreamy (female) vocals. The songs were written and recorded in one sitting, which is another appreciable aspect of this work.

– – – : As I already mentioned it all sound pure demo-like. Some tracks are like snippets of a few seconds so the concept remains great, but the way it has been worked out rather insufficient. I think it would have been more interesting to get real elaborated songs instead of short tracks/snippets.

Since you’re here … … we have a small favour to ask. More people are reading Side-Line Magazine than ever but advertising revenues across the media are falling fast. And unlike many news organisations, we haven’t put up a paywall – we want to keep our journalism as open as we can. So you can see why we need to ask for your help. Side-Line’s independent journalism takes a lot of time, money and hard work to produce. But we do it because we want to push the artists we like and who are equally fighting to survive. If everyone who reads our reporting, who likes it, helps fund it, our future would be much more secure. For as little as 5 US$, you can support Side-Line Magazine – and it only takes a minute. Thank you. The donations are safely powered by Paypal.
Tags: Roland, Stef Animal