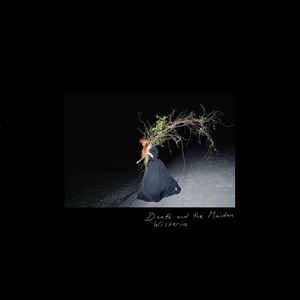 Background/Info: Death And The Maiden is a band from New Zealand unleashing their second full length album. I last year discovered the great wave-pop formation Elan Vital and noticed one of this band’s members is still involved with Death And The Maiden.

Content: As I never heard of this band before I didn’t know what to expect. “Wisteria” became a real nice surprise, dealing with a dark kind of dream-pop music. The songs are filled with melancholic moods while vocalist Lucinda King added a heavenly and even somewhat ethereal touch to the work. Some songs are more into electronic structures while others are mainly driven by guitar play. I also noticed a dubby passage in one of the songs.

+ + + : “Wisteria” is an album filled with emotions, which are mainly emerging from the great guitar parts and the vocals. Mixing sensuality and melancholia, the songs are still into sweet reverie. There’s a cool balance between electronics and guitar. It remains a diversified opus featuring multiple beautiful songs. This band appears to be a real nice surprise while their album is a real sonic delight.

– – – : The artwork of this album is pretty sober, but a little less more information would be nice.

Conclusion: For Europeans, New Zealand is a rather unknown territory when it comes to underground music, but Death And The Maiden is the kind of formation giving me the taste to discover more bands from there.

Best songs: “Everything Is Stressful”, “Speed Of Sound”, “Wisteria”, “Horglass”, “Mercury”, “Oooh Baby In The Chorus”.

Since you’re here … … we have a small favour to ask. More people are reading Side-Line Magazine than ever but advertising revenues across the media are falling fast. And unlike many news organisations, we haven’t put up a paywall – we want to keep our journalism as open as we can. So you can see why we need to ask for your help. Side-Line’s independent journalism takes a lot of time, money and hard work to produce. But we do it because we want to push the artists we like and who are equally fighting to survive. If everyone who reads our reporting, who likes it, helps fund it, our future would be much more secure. For as little as 5 US$, you can support Side-Line Magazine – and it only takes a minute. Thank you. The donations are safely powered by Paypal.
Tags: Death And The Maiden