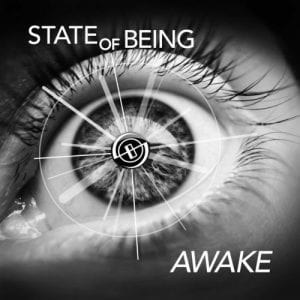 Background/Info: One year after the album “The Misinformation Age”, which in a way stands for the return of State Of Being, Christopher Földi is back on track unleashing a new work with 10 songs.

Content: There where the previous work (and earlier releases) was clearly inspired by different kinds of electro-pop, this new opus is harder and even taking some distance with ‘pure’ electro-pop music. Most of the cuts are driven by guitar, which sometimes even sounds pretty garage/rock like. Some vocal parts are getting harder as well. But it doesn’t take away that some of the final arrangements are still electro-like.

+ + + : I can’t say that State Of Being has reinvented its sound, but there clearly is a noticeable evolution that took place. The guitar playing injects a serious boost of power to the work. The final production is somewhat rough and unpolished. I can’t say that I’m convinced although I like artists who dare to evolve and innovate.

– – – : I already said I’ve been not entirely convinced. This work rather sounds as a new beginning; maybe a kind of demo and/or basis to move on with. There are no highlights featured and I’ve been disappointed about the global result.

Conclusion: I get the feeling that State Of Being is in search of a ‘new’ and/or different sound. Let’s see what the future will bring, but so far I can say that the electro-pop approach was more sexy and convincing.

Tags: State of Being