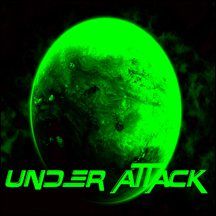 Background/Info: Hailing from Italy, Stars Crusaders got signed to WTII Records quite fast after their creation. Inspired by science and space the band unleashed their debut-album “New Horizons” in 2014. They next released 2 EP’s and are now finalizing their new album. “Under Attack” is a song taken from the new work while the EP also features 3 remixes.

Content: “Under Attack” is into pure electro-pop music and is carried by a solid lead. The vocals are filled with passion, which fits with the powerful format of the title song.

The remixes have been made by Frozen Plasma, Advance and Rammsier. All the remixes add a real bonus to the work. Frozen Plasma injects an extra poppy touch while Advance reworked “Under Attack” with a great trance lead. Rammsier stands for minimalism and a more ambient approach.

+ + + : “Under Attack” sounds like the perfect song to announce a new full length album. It remains pretty pop-minded and powerful while the remixes add cool diversity.

– – – : One new song and 3 remixes of that song will not exactly give you a precise idea about the upcoming album. It’s just a teaser for fans and for DJ’s.

Conclusion: “Under Attack” is a promising new song, which I hope will be fully representative for the new album by those Italian electro-space freaks.