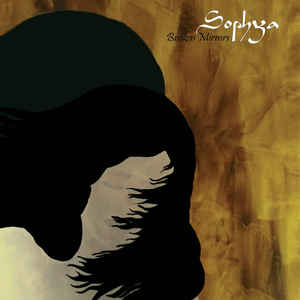 Background/Info: Hailing from Israel, but based in The Netherlands this is the first new studio album since “Third Wish” (2006) for Sophya. Set up in the late 90s by Sonja Rozenblum and Idan Karutchi, Sophya became a recognized and established formation at the wider fields of dark-wave and gothic music.

Content: “Broken Mirrors” takes off with a surprising minimal-electro piece, which is less representative for the rest of the album. I however have to mention there are a few more electronic passages, which sounds pretty vintage-like and even joined by robotic vocals. But the sound is rapidly evolving towards the more familiar dark-wave format on, which electronics and guitar plus bass are in perfect harmony with each other. The sweet melancholia reminds me once more to Cocteau Twins while other guitar parts might remind you of The Cure. The male- and female vocals are mainly alternating from song to song.

Notice by the way a few guest musicians have been invited to achieve this album.

+ + + : “Broken Mirrors” doesn’t feature the magic from the early days, but I can assure you it’s a noticeable ‘return’ for Sophya. The duo delivers an accomplished piece of music, which takes me by surprise for its electronic minimalism (cf. “The New One”, “Machine”) while confirming the evasive and melancholic dark-wave style (cf. “Technicolor”, “Soul Stealer”, “Open Eyes (Digging Souls)”. Sophya brings good-old 80s souvenirs alive while this band always has had something apart from other bands. The guitar play reminds an important and great part of the work while Sonja Rozenblum still has this melancholic way of singing.

– – – : “Broken Mirrors” is a noticeable return and according to me a fully enjoyable album, but as I said the magic is a bit gone. Sophya can’t take me by surprise as they did in the past.

Conclusion: “Broken Mirrors” is an appropriate title for an album filled with melancholia. A mirror is a fascinating and symbolic object in many cultures, but a broken mirror has something baleful… but maybe not for gothic bands!