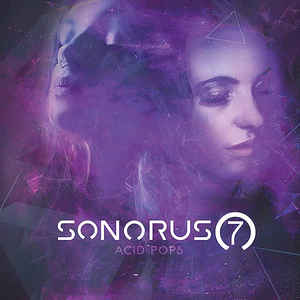 Background/Info: Set up in 2017 by Liss Eulenherz (Intent:Outtake, Project Snowflake), Clodi Korzin (La Magra, Mental Defect) and ‘machinist’ Daniel Korzin (Mental Defect) this German trio already got a very positive response in their homeland and this before unleashing this official debut album.

Content: The work is driven by both female vocalists while Daniel Korzin is doing some backing vocals as well. I sometimes got the impression the music was composed to accompany both singers. The sound has something electro-wave and dark-pop like. It’s the kind of work that might appeal for lovers of early L’Âme Immortelle.

+ + + : The main strength of the album is emerging from the great vocals, which in a way inject some melody to the music. Sound-wise “Acid Pops” caught my attention with some filtered electro treatments. The best part for sure is the last one revealing great remixes by Eisfabrik and Rabia Sorda.

– – – : I can’t get away from the idea there’s something wrong with an album when you prefer the remixes instead of the original versions. Well, that’s precisely what I experienced listening to “Acid Pops”. The original edits are missing punchy choruses and a bit more elaboration in the composition.

Conclusion: There are some good ideas running through the work, but I’m afraid that’s not enough to speak about a successful album. But let’s not forget this is just the first album from a new band!