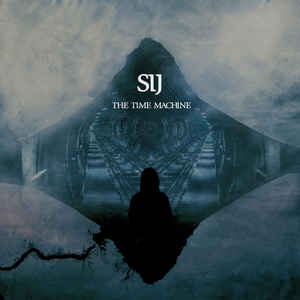 Background/Info: Ukrainian artist Vladislav Sikach has released an impressive number of productions in a rather short lapse of time. “The Time Machine” is his first full length album released on Cryo Chamber. It’s a conceptual release about time, getting us back to ancient civilizations, but still with a look to the future.

Content: I think there’s no better approach than creating an evasive sensation to evoke the concept of time. That’s precisely the ambient format this album starts off with. Quite rapidly the atmospheres become darker and even reaching a state of horror by the addition of screams and other dark, resonating vibrations.

You now get the impression of walking through a sonic glasshouse and next visiting a surreal cabaret of cellar music. The work has been accomplished with an impressive sound canvas, mixing real instruments, electronics and the unavoidable field recordings. “The Time Machine” is a work you better can (re)discover by using headphones to fully enjoy the multiple little noise and subtle treatments this work has been made with.

+ + + : The main strength of SiJ remains the diversity of the composition. It definitely remains a dark-ambient inspired work, but accomplished with a wide arsenal of sounds and noises. I also like the sophisticated arrangements consisting of multiple little details, which is the reason why you better listen to the album again by using headphones. “The Time Machine” is dark and styled. There is some track on, which you dream away while later on you’ll have to join an imaginary and dark sound universe.

– – – : This album is maybe missing the usual ‘darkness’ to speak about a real dark-ambient release although these more evasive passages are quite enjoyable. The only regret is that I don’t find a total climax.

Conclusion: “The Time Machine” is an invitation to travel and that’s precisely what my mind has done. This is a fascinating voyage through surreal, dark visions, but also an accomplished piece of music.

Best songs: “In Ancient Times”, “Instantaneous”, “A Place To Live”.