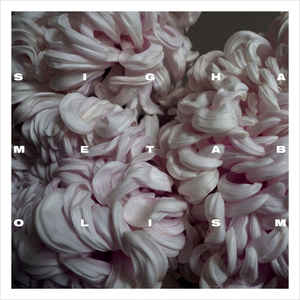 Background/Info: Berliner James Shaw has released an impressive number of productions under the Sigha moniker since 2011.

Content: From the very first notes and sequences this album clearly reveals a sophisticated and intelligent sound approach. This is no longer techno music, but a more complex and accomplished work made with analogue synthesizers. You can feel the passion of the artist for sound creation and that’s precisely what makes it all sound more like pure IDM.

It’s somewhat industrial, rather dark and covered with mysterious, haunting sonic atmospheres. Sigha is the kind of artist that will appeal to techno lovers in search of a more complex approach, but I’m sure it will also ravish fans of the now defunct Tympanik Audio label.

+ + + : Techno music can be so boring, but as I already said this production is more into a visionary format. That’s why it comes closer to IDM while accomplished with obscure atmospheres. It all together creates a perfect and danceable match. I’m really fond of the bewitching ambient “Metabolism”, which especially excels on “Stabbing”.

This album is also available on vinyl format while the CD-version is a sober, but styled digipak.

– – – : The only reproach I could imagine about “Metabolism” is that there’s not that variation between the tracks so on the long duration starts to become a bit predictable.

Conclusion: James Shaw is surpassing the old standards of techno music confirming himself as a visionary artist who’s finding his inspiration in the most intelligent electronic music fields.