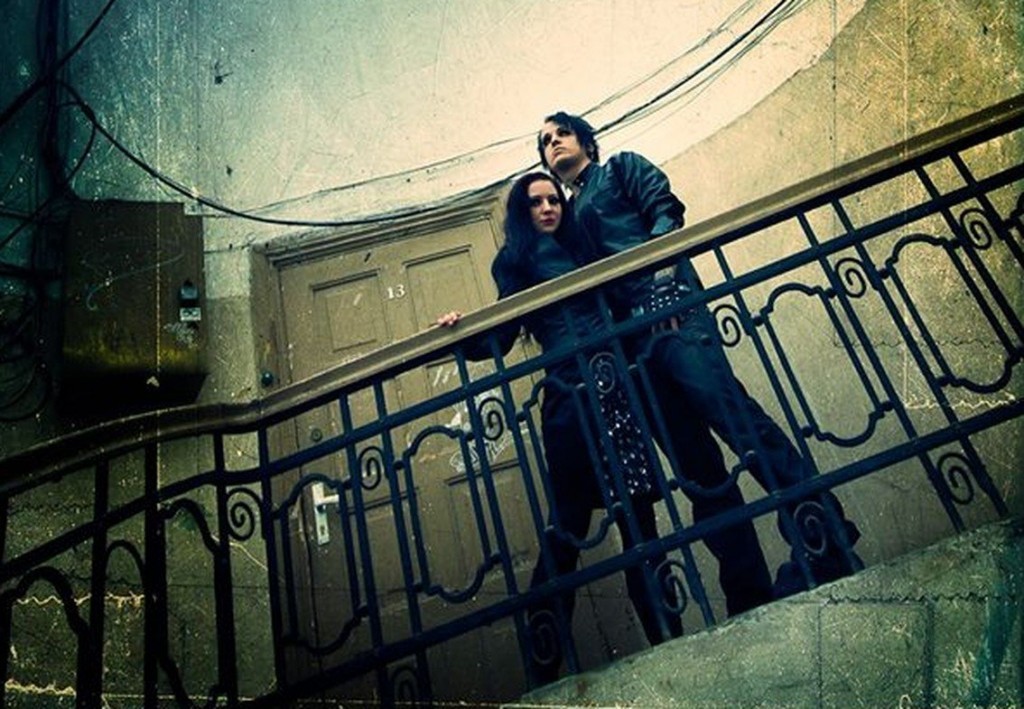 Track 57 on our free download compilation “Face The Beat: Session 3” is by the Estonian electropop act Suicidal Romance. “Make Me Blind” is a perfect ticket to show what Suicidal Romance is all about: melodic synth lines, rough male vocals mixed with sweet yet strong female vocals. It’s no coincidence that the band is a popular choice for current electropop compilations.

“Make Me Blind” is originally featured on the 2010 album “Shattered Heart Reflections” released via Infacted Recordings. But the version you hear here is a remastered one taken from the re-release (including various bonus tracks) of the album via the band’s new label Alfa Matrix. The track also appeared on “Rêves & Souvenirs”, a download only ‘best of’ album holding 15 tracks.

Since their inception in 2006, the Suicidal Romance duo made of Estonian artist Dmitry Darling (frontman of Freakangel fame) and female vocalist Viktoria Seimar have managed to establish themselves within the alternative darkwave / electro scene thanks to excellent and catchy songwriting.

A new album is in the making as we speak, check them out on Facebook!