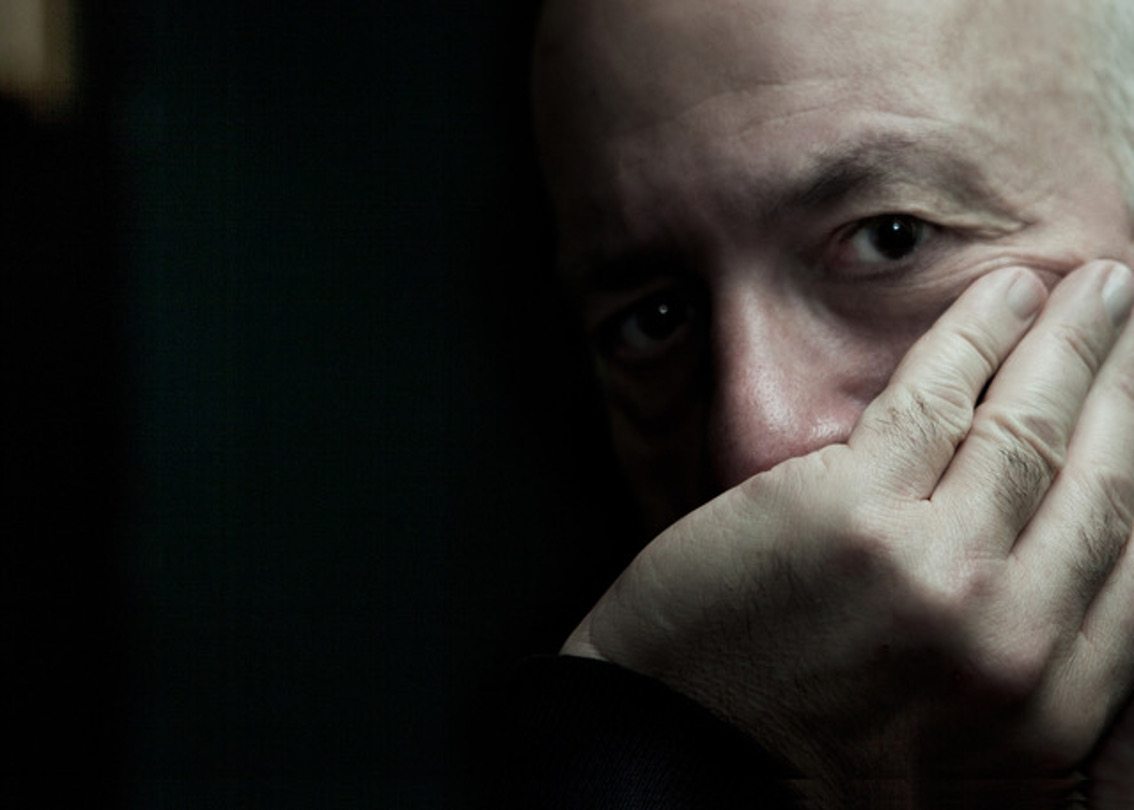 (Photo by Diane Zillmer) Out next month is the debut album by Lederman / De Meyer. On that album (titled “Eleven grinding songs” – available here) but also on the band’s first release, the download EP “A tribe of my own” (available here), the band covered Fad Gadget’s “Back To Nature”.

Since Jean-Marc Lederman has been working with Fad Gadget in the past we decided to hail London and have a small chat with Daniel Miller, the Mute Record label boss himself, about Fad Gadget and Jean-Marc.

SL: How did you me​e​t Jean-Marc Lederman, Daniel?
​
DM: ​We met at Better Badges (a mall at Nothing Hill Gate which is a badges manufacture), where Geoff Travies from Rough Trade sent Jean-Marc as he thought we should meet: synths fans were few at the time. Jean-Marc gave me a Digital Dance 7″ and we have been in contact ever since.

SL: You worked with Frank Tovey as part of Fad Gadget early 1980. Was Frank an easy guy in the studio and on stage ?

DM: ​In studio, Frank had very clear ideas on what he wanted or didn’t want and my task was to help him achieve that. It wasn’t easy because we were both untrained musicians and we were learning as it went. On stage, Frank was a very different person: he was then completely transformed in the Fad Gadget character. He was a performance artist from his days at Art School.
​
SL: And how was Jean-Marc, Daniel?

DM: Jean-Marc was very easy to work with and a good add to the early days of the Fad Gadget band.

SL: “Back To Nature” is the trademark song of Fad Gadget. How do you look back on it ?

The equipment used was very basic, electronics were rough at that time. We had a minipops rhythm machine, the Korg 700s I used on “Warm leatherette/TV OD”, a Roland SH1 and Frank’s piano and distortion fx pedal. Plus the ARP 2600 I just bought from Elton John’s live rig, I think it was the first time I was using it. I’m very proud of what we achieved. The B-side, “the box”, was actually recorded with Frank inside a box in the studio…

SL: What’s your take on Lederman De Meyer’s version of “Back To Nature” ?

DM: It’s very hard to do a cover version but the Lederman / De Meyer version is very good!

SL: You are also familiar with Front 242 since they toured with Depeche Mode. Never thought about getting them on the Mute roster back in the days ?

DM: ​I thought F242 was very interesting, but they were already on PIAS and I didn’t want to interfere with that. Plus we already had Nitzer Ebb on Mute.

SL: Jean-Marc is now also part of Mute Songs’ roster. What does this mean for an artist ?

DM: Mute Songs is a publisher company. they have Mute Records artists but not only. They are very pro-active, and have a creative and personal relationship with their artists.​

Since you’re here … … we have a small favour to ask. More people are reading Side-Line Magazine than ever but advertising revenues across the media are falling fast. And unlike many news organisations, we haven’t put up a paywall – we want to keep our journalism as open as we can. So you can see why we need to ask for your help. Side-Line’s independent journalism takes a lot of time, money and hard work to produce. But we do it because we want to push the artists we like and who are equally fighting to survive. If everyone who reads our reporting, who likes it, helps fund it, our future would be much more secure. For as little as 5 US$, you can support Side-Line Magazine – and it only takes a minute. Thank you. The donations are safely powered by Paypal.
Tags: Daniel Miller, Fad Gadget, Front 242, Jean-Luc De Meyer, Jean-Marc Lederman, Lederman / De Meyer, Mute, Mute Records, Pias, Roland