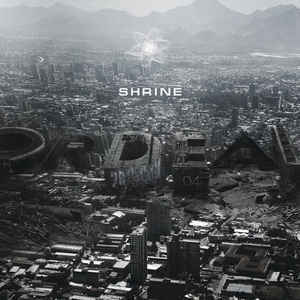 Background/Info: Behind Shrine is hiding Bulgarian artist Hristo Gospodinov. Shrine has already released several albums and has joined Cyclic Law in 2012 (cf. “Somnia” album). This is the fourth full length album, which is a conceptual release around the 30th anniversary of the nuclear disaster that happened in Chernobyl on the 26th of April, 1986. “Ordeal 26.04.86” is meant as an ode to the victims of this nearby apocalypse.

Content: The apocalyptic vision of the Chernobyl disaster is totally appropriated to the dark-ambient approach of this band. You’ll notice field recordings (or samplings) of birds at the beginning of the work. They feel like a symbol of life or afterlife… But they’re rapidly joined and finally transcended by dark sound waves with overwhelming, thunderous sounds. The work has been meticulously built up, comparable to a spider web from which you can’t ever escape. It’s a tormenting experience appealing for your imagination and comparable to the apocalyptic vision of desolation of this town 30 years later. Everything has been abandoned while life disappeared for years now.

Hristo Gospodinov transposed this vision into heavy noises and multiple sound treatments joined by whispering voices, like ghosts awakening from their cavalry. New field recordings of rain and thunder join in while the vision of this ghost town remains desolate and without any hope. The only thing we can do is to remember what happened… the nuclear danger remaining the biggest weapon on earth to destroy the planet.

+ + + : Shrine has meticulously transposed the concept of Chernobyl into an overwhelming and successful dark-ambient release. The theme of radioactivity is an old one, but it remains a real source of inspiration for musicians and has been adapted into an overwhelming dark-ambient production. The global sound production is absolutely phenomenal. The tracks are tormented and accomplished with this little touch of genius. “The Night That Hell Broke Loose” is absolutely amazing for its climax.

– – – : The last cut is the single one that can’t fully satisfy me, but you don’t hear me complain.

Conclusion: “Ordeal 26.04.86 “ is for sure the opus magnum from Shrine. This is what dark-ambient music stands for!