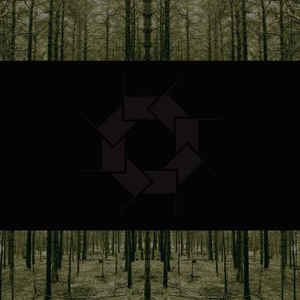 Background/Info: Shift was set up in the late 90s by Swedish artist Martin Willford. He released several productions, which were mainly characterized by a harsh and death-industrial inspired approach. The new work has been accomplished together with some guest artists revealing 4 new cuts. The album is also available on vinyl format (released on Unrest Productions).

Content: The key to understand the sonic universe of this album hides in its title. “Abandon” is a terrific feeling, which has been transposed into an extreme sonic creation. Shift appears to be a kind of sonic ogre, transforming sounds into harsh, boiling noises. Resonating sounds and industrial guitar parts are accentuating “Abandon”.

+ + + : This work is quite diversified although characterized by heavy noises creating a state of terror. The tracks have been progressively built up although to reach an ultimate apotheosis. That’s precisely what happens on the final cut “Armed, Disturbed, Hostile” accentuated by a slow cadence. When you’re just reading the titles you directly can imagine the tormented atmosphere hanging over the album. This sensation is empowered by the heavy, vibrating sound waves, which when played at a higher volume will give you goose bumps.

– – – : “Abandon” is a fully enjoyable album, but it doesn’t really reveal anything new. I got the impression to have already heard this kind of work before.

Conclusion: Shift is not releasing new albums on regular basis, but this new opus definitely belongs to the band’s best productions to date!

Since you’re here … … we have a small favour to ask. More people are reading Side-Line Magazine than ever but advertising revenues across the media are falling fast. And unlike many news organisations, we haven’t put up a paywall – we want to keep our journalism as open as we can. So you can see why we need to ask for your help. Side-Line’s independent journalism takes a lot of time, money and hard work to produce. But we do it because we want to push the artists we like and who are equally fighting to survive. If everyone who reads our reporting, who likes it, helps fund it, our future would be much more secure. For as little as 5 US$, you can support Side-Line Magazine – and it only takes a minute. Thank you. The donations are safely powered by Paypal.
Tags: goose, Ogre, terror